Your changes have been saved
All Audio Gaming on the Go!

Snippet of Gaming on the Go!: Among Us, Social Strategy Game Exploding In Popularity

From Audio: Gaming Review: Among Us

Casey Pickard
Tagged in this Audio:
More
Jump to Full Description Transcript
Playlists that Snippet of Gaming on the Go!: Among Us, Social Strategy Game Exploding In Popularity appears on.
Share 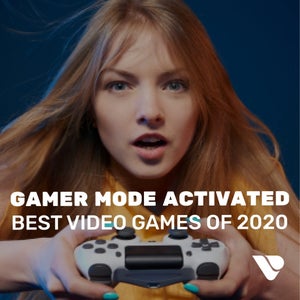 Most Popular Video Games of 2020
01:35:24 12/30/20 11 audios
Up Next
Full Description
Back to Top
Listen now to snippet “Social Strategy Game Exploding In Popularity” from Gaming on the Go!. A simple app where friends vote sabotaging imposters out of the airlock.
Today’s hottest gaming topics, plus tips and gaming insights from our host, Oliver
Transcripts
Back to Top
Oh, among us. Yeah, not underrated game that nobody cared about until now. So what is among us? Pretty easy question, unless you've been living under the Rock for a past month. Among us is a game made by the idiot game company inner sloths that came out in 2018. It's a social production game where you and a bunch of other people, our crew mates, going on a ship, trying to get the ship ready to fly off into good, old fashioned somewhere else. So it says, you're supposed to prepare, Let me go to space, but you're in space, so it kind of whatever. But there is apparently not a very good security system in the ship and some little old imposters coming in trying to sabotage and kill all your precious crew mate jelly beans. The game mostly is very simple. As a crew mate, you get a list your task where you must go a mountain of the ship and do stuff from connecting wires, flipping switches, avoiding other people. The game is actually very interesting, as people have developed their own list of strategies and rules to help them better survive the evil impostors and as an impostor Well, you have the hardest draw of all, given my unique ability toe sabotage the map causing certain areas to go gray, including the lights, doors, oxygen and reactor Cause for some very interesting distractions. However, after killing a body which you could do with some amazing killing animations you then Alright Rish, you are standing over a dead body and if someone sees you, you're in trouble because little do you know you have a kill count which means there is a time limit for how long you can kill. Believe me, if you did in the games would be over in seconds. Glad they out of that. So there's another useful feature the imposter has at their disposal the vents. If you happen to be near a body you just killed and you see some other people hopping event get away from their asses fast. You can if you're lucky, it won't be suss. Oh yeah, that's a new word that wasn't new. Just like the game sucks is a term in among us to define is someone who is suspicious, meaning throw them out of the airlock. So what happens if this dead body is reported. Its meeting time a k a. The game you get talking to a meeting with other people and depending on if you have friends or not Ah, voice chat. You all talk and point fingers at people, but in the end, it's fairly easy. The people who don't talk and always about last are imposters, or they're just idiots who got on the game and went to go get a snack and completely forgot about it, man. And you have to wait the entire three minutes just for them to get to skip voting. Oh, my gosh. Um, I'm getting a bit carried away, am I not? Yes, You end up either voting or skipping the vote on who to throw out of the airlock. If you're right, that's one imposter down. If you're wrong, you've just murdered an innocent, which in a way it makes you an imposture sort of the game. Of course, as you may know how to exploded and it's popularity, origin is very shady. The first time I heard the game was a friend telling me, Hey, have you heard of among us? No, If this really cool strategy, strategy, theme, social deduction game or you're a crewman on a hash. How do you get it? It's on the APP store. Download 20 minutes later. Okay. Whoa. As soon as I checked my YouTube feed, it was everywhere. Because in a matter of hours, the entire game and community pounced on it like a bunch of wild Leamer dog. What animals? And the rest is history.
Up Next
Popular Playlists
Best Yoga Podcasts: Listen & Learn New Poses Sour Shoe's Greatest Moments on The Howard Stern Show Listen to: Top 15 Funniest Barack Obama Quotes 9 Game Design Podcasts Every Game Designer Needs to Hear 7 Podcast Episodes About The Golden State Killer That Will Keep You Up at Night David Parker Ray & Shocking Audio of the Toy Box Killer You Need to Hear Best UFO Podcasts That Will Abduct Your Mind Controversial Joe Rogan Experience Episodes Audio Wack Packer Beetlejuice Best Moments on The Howard Stern Show Best NoSleep Podcast Episodes To Terrify You Sexy ASMR Audio to Turn You On
Popular Categories
ASMR Business & Tech Cannabis Fashion & Beauty Gaming History Home & Garden Kids & Family Spirituality Travel
Add to playlist
New playlist