Your changes have been saved
All Audio How To Do Everything

Snippet of How to do Everything: Planet Money

Share
station description We're half advice show, half survival guide. We answer all your questions, from how... read more

How To Do Everything
Duration: 04:51
Play Audio
Add to Playlist
Share Report

Start Time: 00:19 End Time: 05:10
Austan Goolsbee, a professor of economics at the University of Chicago answers the age-old question, how much money is there in the world?
Category: Science
Publish Date: Feb 25, 2021
Snipped By:
Share

Luke Wink-Moran's Audio Station
Tagged in this Audio:
More
Jump to Full Description Transcript
Playlists that Snippet of How to do Everything: Planet Money appears on.
Share 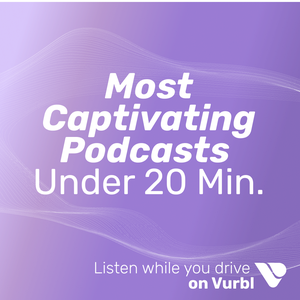 Quickies: Best Pods Under 20 Minutes
52:36 2/23/21 12 audios
Up Next
Full Description
Back to Top
Austan Goolsbee, a professor of economics at the University of Chicago answers the age-old question, how much money is there in the world? But it's not as simple as it seems, should you just add up all the bills and money in the world? Or it is the net worth of everything that exists?
Transcripts
Back to Top
how much money is there in the world. If you add up all the bills and coins in the world, what's the total? Joining us to help answer this question is someone who knows all about this. It's Austin Goolsbee, perhaps the scariest former member of the Obama administration. Scary in name on Lee. He's actually a really nice guy. He has left Obama administration. He's now a professor at University of Chicago. So, Austin, uh, this is pretty big question, right? Yeah, big question. And Jack probably doesn't realize it, but he's weighed in in an old religious debate in the field of economics because it all comes back to Well, what do you mean by money? So the easiest thing to understand is just literal currency bills and coins. Um, and economists call that M zero if you just add up all the money in circulation of bills and coins for the world, it's about, you know, what we should do. We should actually, before Austin gives us the answer, we should stop and ask people to guess. What's your name? Stanley. If you had to guess how much money there was in the whole world, if you took all the money, gathered it up, added together, put it one of those coin machines at the grocery store. How much money would there be in the world? So it's gonna give it a window, maybe 75 to 1. 25 trillion. Your best estimate If you were to add up all the money in the world, every bill and coin in the entire world. How much money would that be? Things like my nightmare, because the jelly beans in a jar thing is very stressful to me. Um e two 100 billion 200 million billion e think that's a difficult question because there's a difference between how much money there is in the world and how much cash there isn't. I'm asking how total currency, coins and ability cash, currency, cash the whole world in the whole world about China, New Zealand, Australia, all the currency, not cash E. I mean, yes, cash not, No way. Just have toe fade this guy out and fast forward until he has a number 13 quadrillion dollars, 13 quadrillion dollars, 13 quadrillion dollars. How much money in the entire world? It's tough question, because what do you do about legacy currencies that are priceless because they're old. What do you do about Spanish doubloons? What do you do with Spanish doubloons? I ask you, I think these guys airway over because, you know, money disintegrates. I'm gonna go with nine billion. And there's no reason that you listening at home can't participate in this. If you want to make a guess as to how much money there is in the world, go ahead. You can shout your guests right now. You know, if you're on the subway, just shout out a number. Really large number. Alright, Back to Austin. If you just add up all the money in circulation of bills and coins for the world, it's about 4 to $5 trillion 4 to 5 trillion. But then things get more complicated because a bunch of people will rightfully say, Well, hold on. I don't know. Almost my money is not sitting in under my mattress within bills. What about my checking account? And then once you think broader about how how many what are ours? What's the sum total net worth of everyone in the world of all the stuff? They own their houses, they're all the assets that every company has and the $17 trillion of gold that's ever been mined. Um, there you get a pretty big number. I think estimates I've seen are pushing 250 trillion for the whole world. So I guess for Jack, it depends how you how you define money. And I guess the numbers got so many zeros on it, it is bound to make you feel bad about yourself when you look at your own bank account. All right, let me ask you one final currency question. Then remember that episode of the West Wing where they talk about getting rid of the penny? Yes. You know, before we go on, I'm gonna just play that scene here. He wants to abolish the penny. He doesn't want to abolish it. As much as he wants to give his boss a reason why we can't Well, it's stupid. Get. The thing is it isn't really really turns out the majority of pennies don't circulate. They go in jars. Sock drawers. Two thirds of the pennies produced in the last 30 years have dropped out of circulation. You've been reading about this? It's interesting. No, it's not the name
Up Next
Popular Playlists
Best Yoga Podcasts: Listen & Learn New Poses Sour Shoe's Greatest Moments on The Howard Stern Show Listen to: Top 15 Funniest Barack Obama Quotes 9 Game Design Podcasts Every Game Designer Needs to Hear 7 Podcast Episodes About The Golden State Killer That Will Keep You Up at Night David Parker Ray & Shocking Audio of the Toy Box Killer You Need to Hear Best UFO Podcasts That Will Abduct Your Mind Controversial Joe Rogan Experience Episodes Audio Wack Packer Beetlejuice Best Moments on The Howard Stern Show Best NoSleep Podcast Episodes To Terrify You Sexy ASMR Audio to Turn You On
Popular Categories
ASMR Business & Tech Cannabis Fashion & Beauty Gaming History Home & Garden Kids & Family Spirituality Travel
Add to playlist
New playlist