Your changes have been saved
All Audio In Your Twentys

Snippet of In Your Twentys: Traveling on a Budget

From Audio: 1: Traveling on a Budget

Share
station description Whether you're about to enter your twenties, in the middle of them, or saying hello... read more 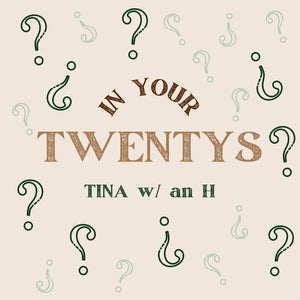 Start Time: 19:20 End Time: 21:19
In this snippet from the In Your Twentys, Tinah and her friend Joey Ucci discuss his favorite apps to save money for travelling.
Category: Society & Culture
Publish Date: Jan 07, 2021
Snipped By:
Share
station description Whether you're about to enter your twenties, in the middle of them, or saying hello... read more

In Your Twentys
Jump to Full Description Transcript
Playlists that Snippet of In Your Twentys: Traveling on a Budget appears on.
Share 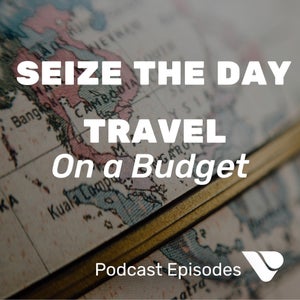 Podcasts About Traveling on a Budget
01:35:57 1/8/21 10 audios
Up Next
Full Description
Back to Top
In this snippet from the In Your Twentys, Tinah and her friend Joey Ucci discuss his favorite apps to save money for travelling.
Transcripts
Back to Top
had What are some tips that you've learned? Whether it be what are the best days to book a flight? What acts do you use things like that? Yes. So I the number one after I use well for first thing places I definitely use Airbnb, I think like one that shows you a bunch of different places. And you can also put in your dates and also like it will give you direct like rates and things like that. And you can you know how many people to kind of try and get on a trip based on, like, what? Airbnb. You want to stay and and things like that you book you so you book where you're going to stay before you book your flight. I do not. I always booked my flight first, but I was just saying like, that's the app I used for like like where I'm gonna stay. But for for flights, I use this app called Hopper. You can put in a destination where you want to go on and you can choose a like specific dates like if you know you, let's just say you want to go over Labor Day weekend or something. You can put in those dates and watch. You can watch like that flights or like that, the destination And those dates. I'll give you alerts when, um, that flight is gonna be the cheapest or like when there's a really cheap flight for that time. But also like So let's just say this is what I've always done because I kind of have flexibility when I'm on cow off, because I could just take off whatever days I need. Thio and I don't have classes all the days, so I'll just put in so, like, let's just say I'm gonna go. It doesn't matter what month I go. I'm gonna try and go from either January to march at some point. So I'll put in January to March and I want to go Thio. I've never been to L. A. So I'll put in L. A front. I know it's not crazy. I know I haven't been West Coast, and I was gonna go this summer for CEO of Amazon in Seattle. But now that's virtual. So it's it's ruining my plan. It's true in a lot of things, I'll tell you I know, but so you can put in like the three month range in l. A. And then it'll look over those entire three months and you can also set how many days you want to be there. So, like you could make it four days too, I think, like eight or nine days or something like that. But it'll, like, notify you like O L. A. Is very cheap this day, and it's like 100 and $50 flight or something like that, which is really cheap for L. A.
Up Next
Popular Playlists
Best Yoga Podcasts: Listen & Learn New Poses Sour Shoe's Greatest Moments on The Howard Stern Show Listen to: Top 15 Funniest Barack Obama Quotes 9 Game Design Podcasts Every Game Designer Needs to Hear 7 Podcast Episodes About The Golden State Killer That Will Keep You Up at Night David Parker Ray & Shocking Audio of the Toy Box Killer You Need to Hear Podcasts About UFO & Aliens That Will Abduct Your Mind Audio Cheat Sheet To The Sexy Liberal Podcast Network Controversial Joe Rogan Experience Episodes Audio Wack Packer Beetlejuice Best Moments on The Howard Stern Show 12 Best Episodes of the NoSleep Podcast to Keep You Up at Night
Popular Categories
ASMR Business & Tech Cannabis Fashion & Beauty Gaming History Home & Garden Kids & Family Spirituality Travel
Add to playlist
New playlist