Your changes have been saved
All Audio Ladies & Tangents

From Audio: Paddy Daddy sent the snakes out of Ireland - History of St. Patrick's Day

Start Time: 17:58 End Time: 22:11
Ciara and Jeri discuss the life of St. Patrick. How he grew up in an aristocratic English family before he was kidnapped by pirates and taken to Ireland where he was sold as a slave.
Category: Society & Culture
Upload Date: Mar 15, 2021
Snipped By:
Share 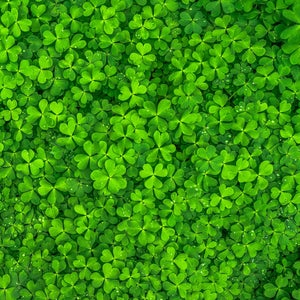 Audio Guide to St. Patrick's Day
01:58:23 3/12/21 11 audios
Up Next
Full Description
Back to Top
Ciara and Jeri discuss the life of St. Patrick. How he grew up in an aristocratic English family before he was kidnapped by pirates and taken to Ireland where he was sold as a slave. Then, one day, a voice came to him in a dream and told him to escape. Patrick then found passage on a ship and sailed to Ireland to be reunited with his family before returning to Ireland as a missionary.
Transcripts
Back to Top
So, Patrick? Yeah. Guess what, Patti? Daddy! Sorry. Her voice, her voice in my head. See you, Daddy. Daddy, let's talk about saying Patty, Daddy, the reason we drink seriously the reason for the season. ST Patty Daddy. Which, by the way, I think it's going to be amazing once I tell you that his history and then people just getting absolutely fucking smashed. Whatever. It's his day. So are curious to see what you have to say about that. Because I was on a walk with Shane yesterday and he's like, Was he telling you shit about it? He has to stop. I'm going to fight it. I know, you know, I heard something about ST Patrick's Day and he starts talking, and I was like, Do you know that? That's this week's topic and he's like, No, can I just tell you anyway? And he did, didn't he? Uh, not totally. But I'll let you know what he told you about me. All right. This will be like, last week whenever we had to retail each other and our reactions Or, uh what, are you freaking kidding? You're over here like I need you to stay good and stupid. Tell you what I googled. You need to stay in your freaking box until I let you out of it, okay? He wasn't even Irish. Ironically, and back in the day, he was just Patrick. Just just call me Patrick. Just call me Patrick. I don't want this kind of attention. He wasn't Irish. He was born in Britain around 3. 90 a. D. She's a very weird, um, years for me to say because I'm just like they're just short for 10. Yeah, that's weird. So, three bingo numbers, Yes. 3 90 82. An aristocratic Christian family. But at the time, he professed no interest in Christianity. And then, at 16 years old, he was kidnapped and sent overseas to tend sheep as a slave in Ireland. Wow. Lived there for seven years. So he was not in Ireland for, like, fun. Time knew. Knew he was for a bad time in a long time. Yeah. So during his time, though, it was awful, right, because he was a slave. But he did become very deeply Christian. I don't know why I find your face in, like, bad time. Yes. Yeah, it's got to be so according to folklore while he was sleeping, a voice came to him and his dreams, and it told him that he needed to escape. So we found a passage on a pirate. I'm Patty. Daddy, go batty. Daddy, quick. The door. Right Now is the time What we have to do in an Irish accent. Oh, no. Daddy! Daddy, How's the time? Now is the time? Well, Sean Connery, he's Scottish. I think Sean Connery is here. Is he just British? You know what? I couldn't bear it. I don't know anything about it. Alright. Connery sounds Irish. I thought I was Scottish. Freaking looking up. I'm looking it up. You keep going. All right. So we found a passage on a pirate ship back to Britain or this story. I know where he was reunited with his family. He is. Gosh, I told you it was yes, but then the voice comes back to him, and it tells him when he's home, reunited with his family, and it's like Patty and Britain. Patty, Daddy, you need to go back to Ireland. And he's like, bro, I just got here. I was on a ship for 10 weeks with people with Montero. There was diarrhea everywhere, and I'm finally home. And he's like, You have to go back. I'm sorry. With the shade. I need you. But guess what? He freaking goes back. Well, you do what the voice tells you. Guess so. When it goes back, you want to hear fun? Fact that I learned about Ireland as I was researching this. There's no snakes, right? You knew that. Yes. What? Didn't Patty Daddy send the snakes out of Ireland? That's a that's a folklore.
Up Next
Popular Playlists
Best Yoga Podcasts: Listen & Learn New Poses Sour Shoe's Greatest Moments on The Howard Stern Show Listen to: Top 15 Funniest Barack Obama Quotes 9 Game Design Podcasts Every Game Designer Needs to Hear 7 Podcast Episodes About The Golden State Killer That Will Keep You Up at Night David Parker Ray & Shocking Audio of the Toy Box Killer You Need to Hear Podcasts About UFO & Aliens That Will Abduct Your Mind Audio Cheat Sheet To The Sexy Liberal Podcast Network Controversial Joe Rogan Experience Episodes Audio Wack Packer Beetlejuice Best Moments on The Howard Stern Show 12 Best Episodes of the NoSleep Podcast to Keep You Up at Night
Popular Categories
ASMR Business & Tech Cannabis Fashion & Beauty Gaming History Home & Garden Kids & Family Spirituality Travel
Add to playlist
New playlist