Your changes have been saved
All Audio Mysterious Radio: Paranormal, UFO & Lore Interviews

Snippet of Mysterious Radio: The Real Witches of New England

From Audio: The Real Witches of New England

Share
station description You’ve stumbled upon a place that will plunge you into the depths of the unknown. A... read more 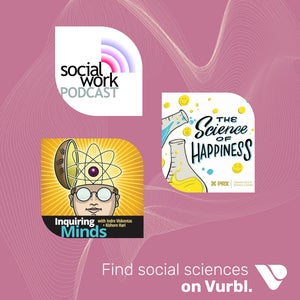 Top 10 Social Sciences Podcasts
01:16:32 2/3/21 11 audios
Up Next
Full Description
Back to Top
Curious how witch hunts in the 17th and 18th centuries became common practice? Guest Ellen Evert Hopman tells the origins and history of the New England witch hysteria, along with its continuing repercussions, and the practices of today’s modern witches.
Transcripts
Back to Top
I, uh, include a deity with With that, I mean, uh, tell me the purpose of that. Well, pagans have relationship with deity. That's that's paganism is a religion. You know, the the dictionaries have it completely wrong. A lot of dictionaries say pagan, a godless person, which is exactly the opposite of what a pagan is. A pagan honors many gods, many goddesses, many gods. Um and in fact, we had a project is called the Dictionary project, and I that's in the book to. But I was part of that about 20 years ago. We wrote toe all the dictionary companies, and we said, You know, your definition of paganism is wrong, your definition of which is wrong. Um, your definition of Drew, it is wrong. And we gave them all the, um, correct. What we felt were correct. Uh, meanings and a number of the dictionaries took us up on it. They added, are they said, you know, which is this this this and this, You know, because some of the dictionary said, Oh, which an evil old woman. That was the definition of which, which, you know, and most of which is I know are quite good looking and younger than me. So but what we're talking about, I've lost the thread here. Um, no, it's OK. I I said, what's the purpose of, you know, including a deity or deity? Because yeah. Yeah, Well, um, same thing a Christian would have a relationship with Jesus, right? They would talk to Jesus. Listen to Jesus. Pray to Jesus. Honor. Jesus. That's, you know, that's Christianity. Um, a Jew might do that with Moses, I guess. Or yeah, we or, uh, deity. You know, whatever deity they had in mind. Um, so pagans. Usually you have a very strong relationship with a particular god or goddess. We call them a patron or Patronus one particular deity or two that you work with very strongly. So you honor them throughout the year. You you make offerings to them. You have a kind of a family relationship. Uh, you make sure that they're included when you have celebrations, and you know, so it's just the higher power. It's a power that's higher than you are. You know, it's so it's kind of like an ally or a friend. Um, so it's not just you, you're not. You're not all by yourself in the universe. You know, there's there's many forces out there. Um and so you call on the deity that you work with and you ask them for help The thing about the home and auto, but
Up Next
Popular Playlists
Best Yoga Podcasts: Listen & Learn New Poses Sour Shoe's Greatest Moments on The Howard Stern Show Listen to: Top 15 Funniest Barack Obama Quotes 9 Game Design Podcasts Every Game Designer Needs to Hear 7 Podcast Episodes About The Golden State Killer That Will Keep You Up at Night David Parker Ray & Shocking Audio of the Toy Box Killer You Need to Hear Best UFO Podcasts That Will Abduct Your Mind Controversial Joe Rogan Experience Episodes Audio Wack Packer Beetlejuice Best Moments on The Howard Stern Show Best NoSleep Podcast Episodes To Terrify You Sexy ASMR Audio to Turn You On
Popular Categories
ASMR Business & Tech Cannabis Fashion & Beauty Gaming History Home & Garden Kids & Family Spirituality Travel
Add to playlist
New playlist