Snippet of Nerd Factory, A Podcast for Nerds: The Last Of Us Part 2, Unbelievably Dark

From Audio: The Last Of Us Part 2 Review 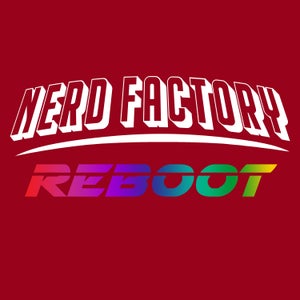 04:19
Play Audio
Add to Playlist
Share Report
Listen now to snippet “The Last Of Us Part 2, Unbelievably Dark” from Nerd Factory, A Podcast for Nerds. The game is a heavy experience that exhausts the player.
Category: Gaming Video Games
Publish Date: Dec 30, 2020
Snipped By:
Share
station description I love working with creative people to help them produce their best work. Listen to... read more

Casey Pickard
Tagged in this Audio:
More
podcasts
Jump to Full Description Transcript
Found on these Playlists
Full Description
Back to Top
Listen now to snippet “The Last Of Us Part 2, Unbelievably Dark” from Nerd Factory, A Podcast for Nerds. The game is a heavy experience that exhausts the player.
I discuss and review Video Game titles (mostly PlayStation), Animes, Mangas (DBZ, BNHA) and much more here. Visit my Twitter: @Nerd__Factory
Transcripts
Back to Top
If you're thinking about buying less of us, too, it's a very heavy experience. It took a toll on me to witness Ellie and her pain and all of that, and you feel empty after this after blaming steak. Whether that's a good finger bad thing is completely subjective. But this game could have been done better. A special in the story section, not only the order of scenarios, but also the way it's being told in some places, the way that it's trying to force you to know Ellie as a villain. All of that. I'm not defending Ellie nor Abby. Both of them are not good people. Abby wasn't a good person. She tried to be a good person. Ellie was a good person. Now. She was trying to be a bad person. There are many things that basically shows them to be Parral. There are very, very much the same, even the voice acting. Sometimes it feels like instead of Abby Ellie stalking, maybe maybe that was a trick to make Laura Bailey actually sound more like Ellie. Maybe that was actually Ellie tricking us. Whatever the reason, this game is not my sequel. It's way too dark. I like dark stories. I like it. E really dio This goes over that to the point that it's just unbelievably dark, like I just look at it. I'm like, Oh, new. This is way too much. I don't like this. I can't believe this is last of us a game that you should experience a very hard question for me to answer for the sheer technical stuff that it has. Yes, it's a really great experience especially, well, the design of the whole world. The rope physics, acting graphics, many things. Is it again to be played just for the story? No. So where do I even land on the scoring system? I try to not score this game, but no matter how, I think seven might be a good number. I wanted to given eight. I would love to give it a seven. I give it a 7.5. To be fair, here's again. Why? I'm not giving it a higher score. I am not saying that subjectively I had the story. No, I had the sequence of events that happens, which could have been done in a much better way for us to actually be surprised to care and be shocked by everything that happens. It could have been something amazing. Number two. The one thing that again, I don't like how is forced upon you to hate Ellie at certain points. How Abby's physique has been bumped toe unrealistic proportions, which doesn't even sue her but makes her look like a transgender character instead of an actual lady. Which sucks number four Because of the sequence of events you will never ever care about the site characters that you have, this game is solely focused on the story. Gameplay, graphics. There are many things that I don't even try and say bad thing about rest of it. I have no choice but any thank you guys for listening to this episode. It got a little bit longer than I would have loved to, but this is my father on the game. I hope you guys understand I'm not bashing last of us to. I'm saying it's a really good game, but it could have been done in a better way. I hope last of us to re master does what Beyond it, Andi basically really aligns thesis quince of events to make it even
Up Next
Add to playlist
New playlist