Snippet of Nice White Parents: 'Here’s Another Fun Thing You Can Do' [1 of 2]

From Audio: 4: 'Here’s Another Fun Thing You Can Do'

Start Time: 10:35 End Time: 16:15
As the host has argued, limiting the power of white parents seems key to a fair, integrated education system. That's how things play out in Success Academy, a network of charter schools that stresses structure and equality, and in this snippet we hear from its parents and administration.
Category: Society & Culture Social Justice
Publish Date: Feb 14, 2021
Snipped By:
Share
station description Vinney Station

Vinnie
Tagged in this Audio:
More
Jump to Full Description Transcript
Playlists that Snippet of Nice White Parents: 'Here’s Another Fun Thing You Can Do' [1 of 2] appears on.
Share 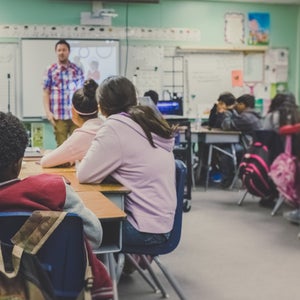