From Audio: The Lake Horror Story

Start Time: 00:00 End Time: 04:29
One child disappears each for the past 20 years in a town by a lake. A group of teens set out to solve the mystery and save the next kid from going missing.
Category: Fiction
Publish Date: Jan 15, 2021
Snipped By:
Share
station description I love working with creative people to help them produce their best work. Listen to... read more 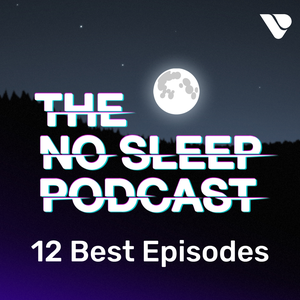 12 Best Episodes of the NoSleep Podcast to Keep You Up at Night
38:06 1/15/21 12 audios
Up Next
Full Description
Back to Top
One child disappears each year for the past 20 years in a town by a lake. A group of teens set out to solve the mystery and save the next kid from going missing. They set up cameras near the lake where the children are reported to be seen last. When another kid goes missing, they check their footage.
Transcripts
Back to Top
for 20 years, a kid would go missing in our town. Each summer they had vanished without a trace and without evidence of foul play nor proof that anyone had actually died. No bodies were recovered during the investigations, nor was anyone retrieved alive. By all means, they seemed to have disappeared into thin air. Naturally, such occurrences come along with a multitude of conspiracy theories, ranging from monsters to kidnappers with supernatural powers. Most of us, however, blame the lake. It was, ah, beautiful piece of water hidden in the woods saga talk. Despite appearing perfectly still. On the surface, there had always been a strong undercurrent around the center of the lake. It was theorized that it was caused by an underground river, but thus far, no one had been able to prove it. So after multiple ignored warnings to stay away, the police simply put up a barrier around the center where the current felt the strongest. Me and my friends were some of the many people to go swimming there. Despite the rumors, we absolutely loved the lake. With its crystal clear waters and bizarre lack of animal life. We'd spend many days there every summer never leaving until our skins had turned crispy red or by the tempting promise of ice cream from our parents. We were young and we felt invincible. Years passed and the three of us were about to graduate high school. While we were naturally excited to move on to college and new adventures, we desperately needed one last hurrah to say goodbye. So that summer of 2017, we decided to solve the mystery of the missing Children. Thanks to our part time jobs, we have been able to save up a decent amount of cash. We used some of it to purchase cheap birdwatching cameras. Our plan was to place them in the areas where the kids had last been seen. It just so happened that most of those areas were within Saugatuck Woods concentrated around the lake. The whole area was weirdly shaped, which meant we'd have to keep a nigh on parts of the lake ourselves. The center in particular, was hard to get a view of from shore. We thought ourselves so clever to have come up with such a genius plan. Little did we know that the police had thought of the exact same scheme Onley without results. Nevertheless, we set out on a venture to save our town, thinking nothing could stop us. By the time we placed our cameras, no one had gone missing. We were hoping to catch the moment as it happened and swoop in to stop it. In hindsight, it was a poorly thought. I would plan, but we were teenagers. What else could one expect? We strategically put the cameras around the forest and some by the water. Each day we could collect the recordings to check the footage. In addition, we camp out around the lake and just enjoy the weather. The summer went on with little incident until the first week of August. Then a kid by the name of Alex Florence had inexplicably gone missing in the middle of the day. He had last been seen throwing a ball around with his sister by the lake. He was only seven years old.
Up Next
Popular Playlists
Best Yoga Podcasts: Listen & Learn New Poses Sour Shoe's Greatest Moments on The Howard Stern Show Listen to: Top 15 Funniest Barack Obama Quotes 9 Game Design Podcasts Every Game Designer Needs to Hear 7 Podcast Episodes About The Golden State Killer That Will Keep You Up at Night David Parker Ray & Shocking Audio of the Toy Box Killer You Need to Hear Best UFO Podcasts That Will Abduct Your Mind Controversial Joe Rogan Experience Episodes Audio Wack Packer Beetlejuice Best Moments on The Howard Stern Show 12 Best Episodes of the NoSleep Podcast to Keep You Up at Night Sexy ASMR Audio to Turn You On
Popular Categories
ASMR Business & Tech Cannabis Fashion & Beauty Gaming History Home & Garden Kids & Family Spirituality Travel
Add to playlist
New playlist