Snippet of On the Corner of Main Street: How Flavor Flav Wants Everyone To Remember Him

Casey Pickard
Tagged in this Audio:
More
Jump to Full Description Transcript
Playlists that Snippet of On the Corner of Main Street: How Flavor Flav Wants Everyone To Remember Him appears on.
Share 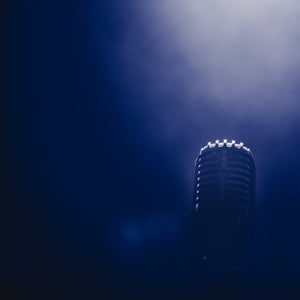 Audio History of Flavor Flav
01:48:28 3/15/21 13 audios
Up Next
Full Description
Back to Top
Hear Flav describe his strive to end discrimination and connect the world as one.
Transcripts
Back to Top
the way I want to be remembered, you know, um, like like like I always tell people I always tell people that this one life that we have physically, we only get it physically one time. You know what I'm saying? While we're here, let's try to get all out of life that we can. Let's try to enjoy all out of life that we can Let's have as much fun out of life that we can. And when we die, we become nothing but memories. But we want to be the most innovative. That the most innovative memories, the most positive memories, the most positive, you know, positively talked about. You know what I'm saying? Uh, I just want everybody to know that I tried good at I tried my best at trying to end racism and connecting the whole world, you know, to be together as one. Because no matter what race we come from, what part of the world we live in come from or whatever? No matter what race we come from, we're still all brothers and sisters, and we we must all build the wall of unity, you know, and stick together and build the water unity. That's what it's about. So that's why when it comes down the flavor flavor. No, I don't have one racial, one racist bone in my body. You know what I'm saying? I'm only racist against the ones who are racist. Really? Against me, Like the Ku Klux Klan. Fuck them. Hell with them. You know what I'm saying? And other, uh, other supremacist groups, you know? Yeah. Yeah, yeah, man, That racial shit, man. We need to We need to cut this racism shit, man. You know what I'm saying? A lot of And I mean, it built up a lot more now that a lot of white police killed a lot of black men. So that built the racial tension up more. Now, you know what I'm saying in the whole nine. But somewhere along the line, I feel the shit has got to stop. If we want unity, we have to work on unity. You know what I'm saying? We don't get it. We don't get unity by by going out protesting, looting stores, burning shit down. You don't get unity that way. You know what I'm saying? All you're doing is just further. Lee dividing shit, man. You know what I'm saying? In the whole nine? I mean, there are people that that that that are store owners and everything. They closed their stores to come out in the streets to march with us for peace. And these protesters, and then when they come back to their stores, their stores looted up, burnt up. I mean, that's not fair to them after they came out to join us. You know what I'm saying? In the whole nine. And I mean I mean, you can't, um, put it this way. You can't put a fire out with gas. I appreciate your perspective later. I've never I've never had the chance to. Well, I haven't seen you since everything changed regarding this gas, man. You gotta You gotta counteract it. And you've got to put it out with water. You gotta smother it. You know what I'm saying? So I just hope that you know, people would know that when I die, this is what flavor tried to do. This was his mission, you know, to to to connect the whole world. You know, not just here in the United States, but everywhere around the world. I want us all. All races, all languages. I want us all to come together and respect each other and live together. And let's stop all of this fucking war shit. This black against white shit and German against French. And this and that and Chinese against this and that Fuck that doesn't bring it doesn't do anything. It just causes more problems.
Up Next
Popular Playlists
Best Yoga Podcasts: Listen & Learn New Poses Sour Shoe's Greatest Moments on The Howard Stern Show Listen to: Top 15 Funniest Barack Obama Quotes 9 Game Design Podcasts Every Game Designer Needs to Hear 7 Podcast Episodes About The Golden State Killer That Will Keep You Up at Night David Parker Ray & Shocking Audio of the Toy Box Killer You Need to Hear Best UFO Podcasts That Will Abduct Your Mind Controversial Joe Rogan Experience Episodes Audio Wack Packer Beetlejuice Best Moments on The Howard Stern Show Best NoSleep Podcast Episodes To Terrify You Sexy ASMR Audio to Turn You On
Popular Categories
ASMR Business & Tech Cannabis Fashion & Beauty Gaming History Home & Garden Kids & Family Spirituality Travel
Add to playlist
New playlist