Your changes have been saved
All Audio Original Gangsters, a True Crime Talk Podcast

Start Time: 16:21 End Time: 21:36
Scott and James are authors, journalists, and scientists that interview former organized crime associates, actors, and musicians about current events in the underworld. In this episode, they talk about a new indictment in Run-D.M.C.'s DJ, Jam Master Jay, 2002 murder in a recording studio.
Category: Society & Culture
Publish Date: Mar 16, 2021
Snipped By:
Share 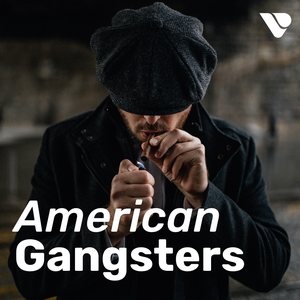 The Best Podcasts About American Gangsters
01:51:07 3/11/21 12 audios
Up Next
Full Description
Back to Top
Scott and James are authors, journalists, and scientists that interview former organized crime associates, actors, and musicians about current events in the underworld. In this episode, they talk about a new indictment in Run-D.M.C.'s DJ, Jam Master Jay, 2002 murder in a recording studio.
Transcripts
Back to Top
So, um, I was talking to some bm furs, um, former high ranking members of black Mafia family. And they told me that the feds were squeezing them pretty hard up until just recently, um, about information related to Jam Master today. Not claiming that bms had anything to do with it, believing that b m f knew who did it and some positive momentum in the investigation. Scott, you just, like, stroked out there for your feet. Got a little slow. It sounds like you're stroking out like you were like and be, um uh, again. Say it again. Yes. The whole thing. Yeah. After about about how they were, uh, when you talk to the high ranking B m f guys. So something interesting. I found out this week. Um, when asking about Jam Master Jay. I talked to a couple former high ranking members of black Mafia family who will get to in a second. And they told me that, you know, over the last 10 years, 15 years since their case came down, the black Mafia family case came down in oh, five that the federal government, FBI agents, D agents and prosecutors have been visiting B M F members in lockup up until this year or up until late last year, trying to squeeze them for information on the Jam Master Jay murder, not believing that they had anything to do with orchestrating it or that they were involved in the conspiracy but believing that they knew who did it and that, um, by trying to play, uh, you know, quid pro quo with them offering them early releases If they gave them information, they knew that could provide positive momentum in the Jam Master Jay investigation. So speaking of the connection between the underworld and the music industry and Scott mentioned, we're going to segue into B. M f. Um, a lot of interesting things going down on the street related to be a math either directly or indirectly. Scott, you've been talking to some heavyweights. Let's give us some updates on what's going on in the B M F universe Black Mafia. So I don't know if we touched on it in the last episode or two. But one of the original B M F members, Chris Pig Triplet um, was murdered in a drive by shooting last month. I'm on the West side of Detroit. He was a confidant of both, uh, big meech and Southwest T uh, Demetrius and Terry Flannery, the founders and co bosses of black Mafia family. He came up with them, um, in the nineties and became one of their primary transportation lieutenants in the late nineties and early two thousands. And then just this week, uh, some court filings were unearthed based on a case that's going to be going to trial in December three, um, out of towners are charged with a drug related homicide on the west side of Detroit back in 2016, where a lower ranking black Mafia family member by the name of Ricardo Slick Rick McFarland was murdered. And according to these new filings, the murder had nothing to do with McFarlane or B. M. F. And he was simply collateral damage. Uh, when he went to visit one of his friends who had, uh, screwed over some of his drug dealing partners, one of them possibly cartel, connected for about $250,000 in a drug deal. And this, uh, this victim named Robert Eddins was a former NFL linebacker who grew up in Detroit, was a star at I Believe Ball State, um, and played for the Buffalo Bills, then played in the CFL and retired in 2014 and immediately jumped right into the drug game and started purchasing kilos down in Houston, Texas, and then bringing them up to Detroit to sell. Uh, he was partnered with a guy from Birmingham, Alabama, the name of Michael Griffin allegedly. And Griffin and Eddins would travel down to Houston, I think bi monthly and and purchase, uh, I think four. They would. They would buy them in 4 kg, um, packages, and then they would split them 2 kg apiece. And then Griffin would go sell his 2 kg and Eddins would go sell his 2 kg. Eddins was moving the drugs in.
Up Next
Popular Playlists
Best Yoga Podcasts: Listen & Learn New Poses Sour Shoe's Greatest Moments on The Howard Stern Show Listen to: Top 15 Funniest Barack Obama Quotes 9 Game Design Podcasts Every Game Designer Needs to Hear 7 Podcast Episodes About The Golden State Killer That Will Keep You Up at Night David Parker Ray & Shocking Audio of the Toy Box Killer You Need to Hear Best UFO Podcasts That Will Abduct Your Mind Controversial Joe Rogan Experience Episodes Audio Wack Packer Beetlejuice Best Moments on The Howard Stern Show Best NoSleep Podcast Episodes To Terrify You Sexy ASMR Audio to Turn You On
Popular Categories
ASMR Business & Tech Cannabis Fashion & Beauty Gaming History Home & Garden Kids & Family Spirituality Travel
Add to playlist
New playlist