Your changes have been saved
All Audio Plantrama - plants, landscapes, & bringing nature indoors

Share
station description Science, Art & Dinner, it's all in your own backyard

Start Time: 08:39 End Time: 13:46
In this episode of Plantrama, Ellen and C.L. tackle myths about box stores selling plants that have been raised with neonicotinoids, discuss the amazing bamboo and answer a question about saving a houseplant.
Category: Home & Garden Gardening
Publish Date: Jan 28, 2021
Snipped By:
Share 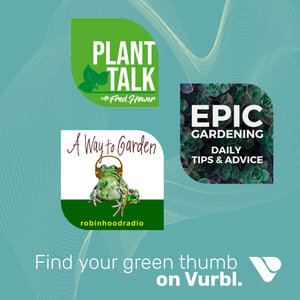