Snippet of the Tawnee Baird Story

From Audio: S.4 Ep. 9 The Murder of Tawnee Baird

Share
station description Beyond the Rainbow Podcast a.k.a. Rainbow Crimes is a show about crimes committed b... read more 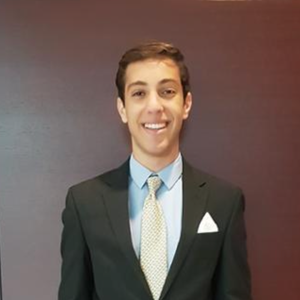 Faris' Station
Tagged in this Audio:
More
Jump to Full Description Transcript
Playlists that Snippet of the Tawnee Baird Story appears on.

There are currently no playlists containing this audio.
Add this audio track to one of your playlists
Add to Playlist
Up Next
Full Description
Back to Top
Interesting highlight
Transcripts
Back to Top
50 years old. Any information should be directed to the Carrollton police department at area code 7708344451 To be perfectly honest with you Rainbow warriors. This episode's victim tugs hard onto my heartstrings. I think it's because the young lady reminds me so much of my own daughter. It's not just because both my daughter and the victim being adorable blonde girls with big blue eyes but the victim and my daughter both had similar aspirations and dreams, Tony Baird who was just 21 at the time she was murdered. Still had a lifetime of new experiences ahead of her. She had dreams of living in Los Angeles and being a star singing was her jam. However, Thani's dreams were annihilated by someone she loved and trusted. So let's start at the beginning and learn a little bit about Tony's life and who she was Tony was born and raised in a suburb of Salt Lake city Utah. She had two sisters and a brother. Her parents, Casey and dana divorced when Tony was very young, dana remarried, giving Tanya new step Dad and two step brothers, Tony loved animals and she can be found in more recent photos loving on a big gray tabby cat. She had a good childhood and she was lovingly called ladybug. Her blended family was very close and she spent a lot of time with them. This included living with her grandma and bountiful Utah for a bit. That's how Tawny met one of her very best friends Lacey and I like to credit lacey at this time for giving me so much insight into Tony's life. Reaching out to people who knew the victim can be a little bit scary because you know, they've lost someone who meant the world to him. But as a podcaster you do it because you want to be able to tell the victim's story as accurately as possible so far, thankfully no one has told me to fuck off lacey. If you're listening, just know how much I appreciate the information you gave me as a teenager, Tony did what most teenagers do. She experimented with liquor and marijuana At the age of 17, her and a few of her friends who were just a tiny bit older, they were 18, got busted by a cop as they sat in a car smoking weed from a bomb, Tony took the blame and ownership for all of it. She thought since she was under 18, the law wouldn't punish her as harshly. She was that friend, the friend who took one for the team because she loved her friends and she didn't want them to be in trouble. Tony ended up having to spend some time in a youth treatment center At the center. She met 18 year old Victoria Mendoza Tony who was vivacious, bubbly fun, loved to tease and joke around with people was the polar opposite of introverted, withdrawn and reserved victoria, but they somehow were attracted to each other. Kind of like the moth to the flame Tony had never been in a same sex relationship before. Victoria check plenty a guy friends and had boyfriends previously. But something drew her to victoria possibly it was the vulnerability she felt being away from her family and friends. The young women bonded over music, broody. Victoria would write lyrics and Tani would sing them after several months of being in the facility with victoria, Tony was released. Her in victoria wrote letters to each other. Tony would always stay in her letters. She was waiting for victoria while in the centre, victoria was given the news that her mother had an aggressive cancer and she didn't have much longer to live. However, when the time came for victoria to be released, she went right to Tawny and not her ailing mother. And yes, as a mother, this really bothered me. Go see your mother kid. But Tony was first and foremost on victoria's mind. It seemed they were equally smitten with one another and a relationship, no, an actual domestic partnership formed between the two young women. Many of Tony's friends began to drift away from her When she got together with victoria, they didn't really like victoria much and they didn't think she was good for their sweet Tawny. one friend that hung in there though was Lacey
Up Next
Popular Playlists
Best Yoga Podcasts: Listen & Learn New Poses Sour Shoe's Greatest Moments on The Howard Stern Show Listen to: Top 15 Funniest Barack Obama Quotes 9 Game Design Podcasts Every Game Designer Needs to Hear 7 Podcast Episodes About The Golden State Killer That Will Keep You Up at Night David Parker Ray & Shocking Audio of the Toy Box Killer You Need to Hear Best UFO Podcasts That Will Abduct Your Mind Controversial Joe Rogan Experience Episodes Audio Wack Packer Beetlejuice Best Moments on The Howard Stern Show 12 Best Episodes of the NoSleep Podcast to Keep You Up at Night Sexy ASMR Audio to Turn You On
Popular Categories
ASMR Business & Tech Cannabis Fashion & Beauty Gaming History Home & Garden Kids & Family Spirituality Travel
Add to playlist
New playlist