Your changes have been saved
All Audio UC3P

Share
station description UC3P is a student-run podcast network based at the University of Chicago's Harris S... read more 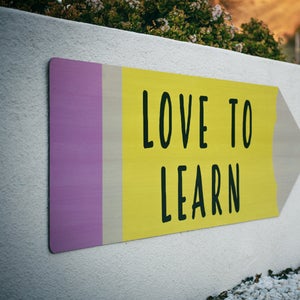 Audio of Leading Education Activists
01:08:53 1/22/21 11 audios
Up Next
Full Description
Back to Top
Arne Duncan served as secretary of education from 2009-2015, working closely with the Obama administration to pass copious legislation and secure billions of dollars in teacher aide and school funding. And since leaving office, he hasn't slowed down. Here, you'll get a glimpse of his pursuits, and the often controversial ideas that inspire them, masterfully facilitated by the student-run University of Chicago Public Policy Podcasts.
Transcripts
Back to Top
And what I always say is that for me join education should be the ultimate bipartisan issue. There should be nothing left or right, or Republican or conservative or liberal Democrat about increasing access to pre pre K raising graduation rates are making college more accessible and affordable. What troubles me so much with the current administration, I think we should agree on some national goals for education again, these Air Nation building goals. And then we could have lots of vigorous policy debate about the best strategies to achieve those goals. As you know, there's never one best way to do it. What works in New York? L. A. Chicago might work very different in Montana, around a Native American reservation or in Appalachia. Um, but you don't hear anything coming from the current administration about educational goals. You never hear that talk. You never hear any talk about strategies. Basically, there it seems like the only thing they think about is like rolling back some of the things that we did. Whether it's protect this protections for victims of sexual assault on campus, well, this protections for transgender Children, whether it's trying to get some balance in terms of school discipline and ending the school to prison pipeline for our young men of color. Um, they seem obsessed with trying to roll back things we did, which is, um, it would be funny to me if it wasn't sad, because I didn't spend one moment thinking about what my predecessor did. It didn't do, is always about looking forward. Um, and then I say, This is not This is a bit of, ah, a tough statement, but I always try to be very, very honest. E think with the current administration that lack of talking about nation building goals, educational goals I don't think that's an accident. I think that's by design. And when you have a president like Trump who has such authoritarians tendencies, who talks about the press being the enemy of the people? Authoritarian leaders don't want the best educated citizenry. They don't want the smartest people on the planet. Um, part of their power comes from creating fear and becoming the only source of truth and news, and you see him working at that. So this is not just a knacks, ident or a happenstance that we don't see any goals. I think it's by design and that I can't tell you how deeply that troubles may
Up Next
Popular Playlists
Best Yoga Podcasts: Listen & Learn New Poses Sour Shoe's Greatest Moments on The Howard Stern Show Listen to: Top 15 Funniest Barack Obama Quotes 9 Game Design Podcasts Every Game Designer Needs to Hear 7 Podcast Episodes About The Golden State Killer That Will Keep You Up at Night David Parker Ray & Shocking Audio of the Toy Box Killer You Need to Hear Podcasts About UFO & Aliens That Will Abduct Your Mind Audio Cheat Sheet To The Sexy Liberal Podcast Network Controversial Joe Rogan Experience Episodes Audio Wack Packer Beetlejuice Best Moments on The Howard Stern Show 12 Best Episodes of the NoSleep Podcast to Keep You Up at Night
Popular Categories
ASMR Business & Tech Cannabis Fashion & Beauty Gaming History Home & Garden Kids & Family Spirituality Travel
Add to playlist
New playlist