Your changes have been saved
All Audio WoVen: Women Who Venture

Snippet of WoVen, Women Who Venture: Julia Collins on Why Zume Started With Pizza

From Audio: Feeding the World (and Saving the Planet) - A Conversation with Julia Collins

Casey Pickard
Jump to Full Description Transcript
Playlists that Snippet of WoVen, Women Who Venture: Julia Collins on Why Zume Started With Pizza appears on.
Share 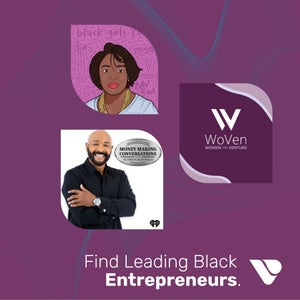 Audio from the Leading Black Entrepreneurs, Tech Leaders, and VC's
01:36:15 1/20/21 10 audios
Up Next
Full Description
Back to Top
Collins entered the tech world after seeing issues in the brick and mortar restaurant structure. Zume sold pizza because it’s a multi-billion dollar industry. Her co-founder created the technology for cooking the pizza while it’s being delivered. Coupled with Collin’s environmentally friendly packaging, the business took off.
Transcripts
Back to Top
I could have predicted that at some point I would come to Silicon Valley and work on something as innovative and as technology focused a zoom. But at the point that I actually made the decision, it was really unlikely, because with my team, I had just won best new restaurant in America for the Cecil, with chef JJ Johnson, Alexander Smalls and Richard Persons, this incredible team that came together to do something that was unimaginable at the time. I mean, we were a little tiny restaurant in Harlem that won best new restaurant in America that had never been done before. And so in some ways I was at the pinnacle of my restaurant career. But at the same time, I felt like the reality of bricks and mortar as a channel for a restaurant company. E just felt like my impact was always going to be a little bit limited. And beyond that, I just saw fundamental issues with the operating model. For many brick and mortar restaurants, the difficulty of really attracting and retaining talent of compensating people appropriately least rates rising, so occupancy costs, rising supply chain issues. So in my mind, I thought there's got to be a better way, And that sort of place of imagining is what allowed me to take the risk and leave New York City, where I had been for 14 years and moved back to the Bay Area. Can you tell us more about Zoom? Absolutely. So the mission of Zoom was always to rewrite the rules about how food gets to customers and to use technology to create better, healthier products that were also better for the planet. We started with pizza for a lot of reasons, but mostly because pizza's ubiquitous everyone eats it. It's $125 billion a year industry globally, and we knew that by creating this pizza company, we would have the opportunity to build technology that could solve all of the needs in the food ecosystem, and it started with a pizza truck. It started with this innovation called Cooking On Route, which was developed by Alex Garden, my co founder of Zoom Pizza. He had the idea for cooking food on the way to the customer. So imagine if rather than ordering a pizza and letting it sit in the back of somebody's Honda Civic for 45 minutes that pizza could finish cooking just as it arrived to you. That founding piece of technology unlocked a lot of other thinking, including the localizing inventory, including using automation along with humans in the food production process or making robot pizzas. Folks like to call it, including creating packaging that I designed made from sugarcane fiber, just compostable instead of cardboard. So the idea was to begin in this one particular market pizza so that we had a reference point for creating all of this technology, which would eventually and is now beginning to power, really the future of food. And so did it really start with pizza as the wedge in with this broader vision of what could be? That's right. The vision was always to create a company that could completely power the future of the food industry, a better future. But we knew that we had to be focused and tactical in the beginning to create something first that would win the hearts and minds of our consumers. And we began with pizza because we knew that we could make a big impact in that particular vertical
Up Next
Popular Playlists
Best Yoga Podcasts: Listen & Learn New Poses Sour Shoe's Greatest Moments on The Howard Stern Show Listen to: Top 15 Funniest Barack Obama Quotes 9 Game Design Podcasts Every Game Designer Needs to Hear 7 Podcast Episodes About The Golden State Killer That Will Keep You Up at Night David Parker Ray & Shocking Audio of the Toy Box Killer You Need to Hear Podcasts About UFO & Aliens That Will Abduct Your Mind Audio Cheat Sheet To The Sexy Liberal Podcast Network Controversial Joe Rogan Experience Episodes Audio Wack Packer Beetlejuice Best Moments on The Howard Stern Show 12 Best Episodes of the NoSleep Podcast to Keep You Up at Night
Popular Categories
ASMR Business & Tech Cannabis Fashion & Beauty Gaming History Home & Garden Kids & Family Spirituality Travel
Add to playlist
New playlist