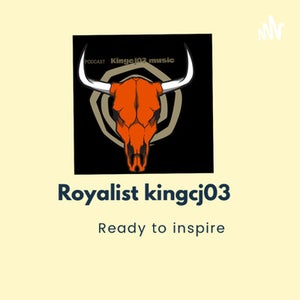 From Audio: Lil simz -sometimes I might be introvert album review

There are currently no playlists containing this audio.
Add this audio track to one of your playlists
Add to Playlist
Up Next
Full Description
Back to Top
defintely something to listen to
Transcripts
Back to Top
Hey, well I only want money and I believe that if a woman's confidence is so down, so loving, do whatever they want, actually really be true. Um, but it's just stuff like that that goes to the south and you're just like that that hits and it's just, it's a different kind of, oh well it's not like a normal song where it's not a normal beat or you know, it's not something that's not normal. Um okay, then the next song and then she also speaks on um guys always given to the wrong girl, like a girl that they know really loves them. They never really paid attention to it, but the girl that doesn't and that uses them and only pay attention to and trying to put her like in sheep clothing when you already know this stuff she's already done when you got a good girl sitting right there beside you that you know, most people miss out on Jessica, she just because she is this, you know, um, but I think the Lord does um easier to sleep around, but not loyal writer daughters, but covered in silver, I think Silverman sheep clothing. This next song is called, I love you, can I hate you. Uh okay, so, so much is set in this song, right? So much is said in this short amount of time in this song and it, it just like there are inspirational caption quotes and everything in the song where he
Up Next
Popular Playlists
Best Yoga Podcasts: Listen & Learn New Poses Sour Shoe's Greatest Moments on The Howard Stern Show Listen to: Top 15 Funniest Barack Obama Quotes 9 Game Design Podcasts Every Game Designer Needs to Hear 7 Podcast Episodes About The Golden State Killer That Will Keep You Up at Night David Parker Ray & Shocking Audio of the Toy Box Killer You Need to Hear Best UFO Podcasts That Will Abduct Your Mind Controversial Joe Rogan Experience Episodes Audio Wack Packer Beetlejuice Best Moments on The Howard Stern Show Best NoSleep Podcast Episodes To Terrify You Sexy ASMR Audio to Turn You On
Popular Categories
ASMR Business & Tech Cannabis Fashion & Beauty Gaming History Home & Garden Kids & Family Spirituality Travel
Add to playlist
New playlist