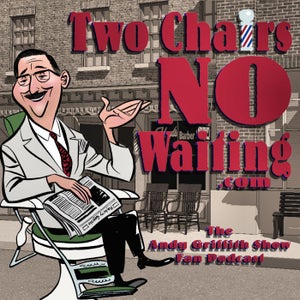 TCNW 650: Mayberry on the Street

Following the premier of Mayberry Man on September 4, 2021, I was able to stay around the town of Danville, IN and watch the movie a second time with the crew & volunteers. Just after that showing, I was invited to be on the "Maybe
Category: Kids & Family
Publish Date: Sep 15, 2021
Tagged in this Audio:
More
Jump to Full Description
Snippets are a new way to share audio!
You can clip a small part of any file to share, add to playlist, and transcribe automatically. Just click the to create your snippet!
Snippets: Clips of TCNW 650: Mayberry on the Street that people like

There are currently no playlists containing this audio.
Add this audio track to one of your playlists
Add to Playlist
Up Next
Full Description
Back to Top
Two Chairs No Waiting

Following the premier of Mayberry Man on September 4, 2021, I was able to stay around the town of Danville, IN and watch the movie a second time with the crew & volunteers. Just after that showing, I was invited to be on the "Mayberry Man Podcast" hosted by Anderson Howell.

Anderson is the son of Cort Howell and grandson of Dud Wash himself, Hoke Howell. They gave me permission to use my interview here on Two Chairs. I want to encourage you to go to https://YouTube.com/mayberryman to see this interview as well as others as Anderson will be talking to folks and getting their thoughts about Mayberry Man.

If I haven't bored you with all my discussion of the "new" Mayberry movies, stick around to the end of the episode and you can see "Floyd" arrive on the red carpet.

This week's installment of This Week in Mayberry History by Randy Turner featuring "Roy Barcroft."

Don't forget to sign up for the Two Chairs No Waiting e-mail mailing list. I want to be able to reach out to you if there's a problem with the website and the best way to do that is by using a mailing list. Don't worry, I won't be filling your mailbox with e-mail but I would like to have a way to say "hey" if the need arises.

Please leave comments or ask questions on the TwoChairsNoWaiting.com website or using the contact information given in the podcast. I would love to have you be a part of our next feedback episode. Call the Two Chairs No Waiting Hot-line at (888) 684-8415 and leave a voice mail to be part of the show.

If you use iTunes, please visit the Two Chairs No Waiting page of the iTunes store and leave a review and rating.