Your changes have been saved
All Audio ‎The Douglas Coleman Show 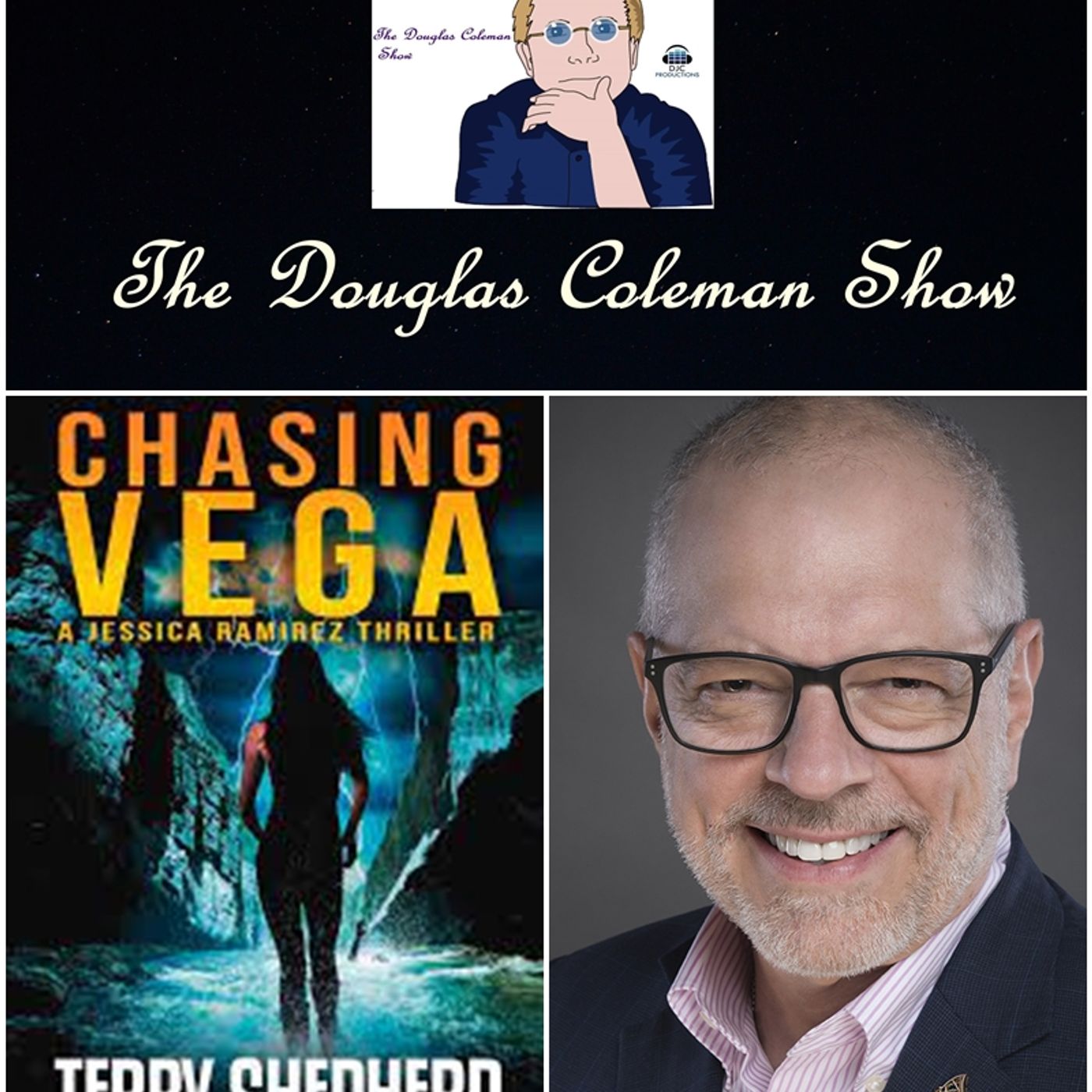 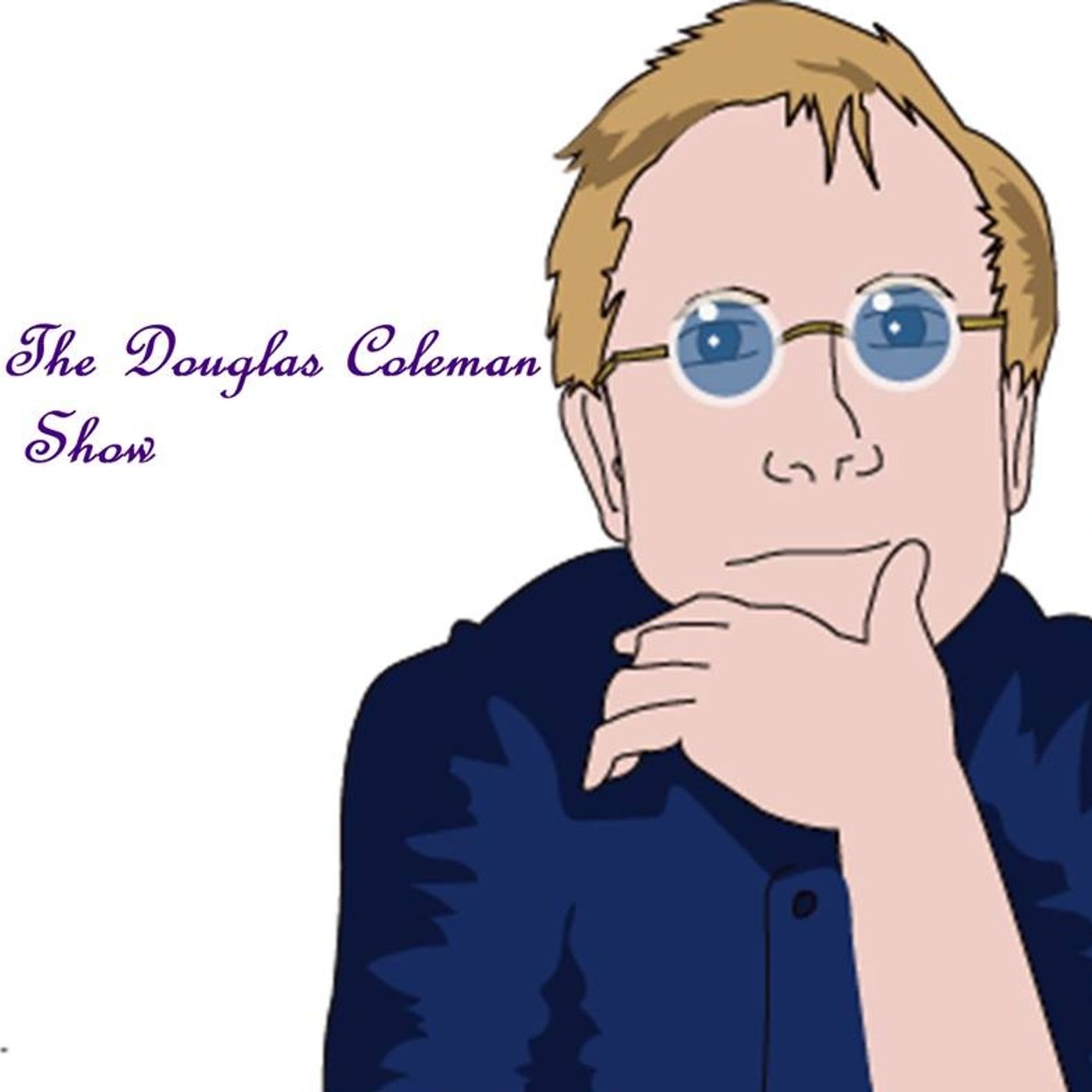 Terry Shepherd wrote his first short story at age eleven and was first published as a non-fiction author in 2008. He created Detective Jessica Ramirez in 2019, publishing his thriller "Chasing Vega" in 2020. The book earned 5-Star ratings on Amazon and is also available in audio book and Spanish lan
Category: Spirituality
Publish Date: May 28, 2021
Jump to Full Description
Snippets are a new way to share audio!
You can clip a small part of any file to share, add to playlist, and transcribe automatically. Just click the to create your snippet!
Snippets: Clips of The Douglas Coleman Show w_ Terry Shepherd that people like

There are currently no playlists containing this audio.
Add this audio track to one of your playlists
Add to Playlist
Up Next
Full Description
Back to Top
Terry Shepherd wrote his first short story at age eleven and was first published as a non-fiction author in 2008. He created Detective Jessica Ramirez in 2019, publishing his thriller "Chasing Vega" in 2020. The book earned 5-Star ratings on Amazon and is also available in audio book and Spanish language editions. When his grandchildren asked to star in their own stories, he created the "Waterford Detective" stories for his grandson and published the popular "Juliette and the Mystery Bug" series, co-authored with his wife, Colleen, when his granddaughter wondered how kids could protect themselves during a pandemic. His forthcoming books include "Chasing the Captain," (May 2021) the second in the Jessica Ramirez trilogy and "Students In Time,"(September, 2021) a time travel adventure that parallels the 4th grade public school history curriculum. His published short stories include “The Corona Ripper” and “Chasing Cody”. Terry is also a prolific book narrator and audio-artist, voicing Dänna Dennis Wilberg's "Borrowed Time: Book 1 - Broken Promises" and Louise Dawn's thriller "Siren in the Wind," along with dozens of commercials and promotional trailers. He hosts the popular Authors on the Air podcast, was a moderator and panelist at Bouchercon 2020 and is co-chair of the Sisters In Crime - Capitol Crimes Chapter's 2021 Anthology project. He was an early social media adopter, authoring "Social Media and Your Personal Brand" in 2012. He has authored over 400 motivational essays since 2004, the best of which were aggregated into three popular self-help books. Terry and Colleen live on the ocean in Jacksonville, Florida and are co-founders of "Down Syndrome Nation" a web resource for friends and families of persons with Down syndrome. Terry is a graduate of Michigan State University, has studied at both Harvard and Oxford and toured South America as a rock drummer in the summer of 1972. http://TerryShepherd.comThe Douglas Coleman Show now offers audio and video promotional packages for music artists as well as video promotional packages for authors. Please see our website for complete details. http://douglascolemanshow.comIf you have a comment about this episode or any other, please click the link below.https://ratethispodcast.com/douglascolemanshow
Up Next
Popular Playlists
Best Yoga Podcasts: Listen & Learn New Poses Sour Shoe's Greatest Moments on The Howard Stern Show Listen to: Top 15 Funniest Barack Obama Quotes 9 Game Design Podcasts Every Game Designer Needs to Hear 7 Podcast Episodes About The Golden State Killer That Will Keep You Up at Night David Parker Ray & Shocking Audio of the Toy Box Killer You Need to Hear Podcasts About UFO & Aliens That Will Abduct Your Mind Audio Cheat Sheet To The Sexy Liberal Podcast Network Controversial Joe Rogan Experience Episodes Audio Wack Packer Beetlejuice Best Moments on The Howard Stern Show 12 Best Episodes of the NoSleep Podcast to Keep You Up at Night
Popular Categories
ASMR Business & Tech Cannabis Fashion & Beauty Gaming History Home & Garden Kids & Family Spirituality Travel
Add to playlist
New playlist