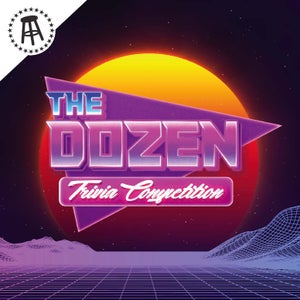 From Audio: Trivia Tournament Rematch With The Experts Back On A Roll (The Dozen: Match 140)

College Football Trivia
06:49 10/7/21 6 audios
Up Next
Full Description
Back to Top
The 2nd college football question from Barstool Sports' trivia show The Dozen episode 140
Transcripts
Back to Top
Clemson last lost in north Carolina state Back in 2011. Who was the Wolfpack starting quarterback in that game? I mean, could it be Russell Wilson, that's the only one now because Russell Wilson Wants you both. Seattle in 2000 14, 2012 was his rookie season? Uh He was that Philip rivers. Let's call. Just call me. All right. They're gonna call Ben Mints or a phone a friend here Down by five with their bonus with their double left. Might as well call the Doublemint plans on this one. This one is gonna work. Yeah. Okay. Uh huh. Mhm. Yeah. He was told to be on car. This will be an unforgivable. No, I agree. It's too bad. Yeah, bad. You gotta be fucking kidding me. All right. You had when you called. You had 15 seconds. I want to fucking seconds. We don't we double checked twice. Alright, Alright. So Russell Wilson was that he was drafted in 2012. So, who came in after Russell Wilson believe any idea. Okay, I can't think of that. Yeah, I really do. So. Unless it was like, so, can I ask a clarification 2011 season or Like 2011, 19 year, 2011. But just because I have no better guess. 54 Russell Wilson. Okay, brian, It's either it's either Mike Glennon or I think it's too late or too early for Kobe percent. Right. Either it is too early for Kobe percent. It's Michael. Okay, so yeah, Mike Glennon is what I was thinking. Yeah, final answer. Yeah
Up Next
Add to playlist
New playlist