Your changes have been saved
All Audio SILLYAUNTYSISSY:RADIO THEATRE

From Audio: The heights

Share
station description The adventures of silly aunt sissy everyones favorite #auntie, is about how to be t... read more 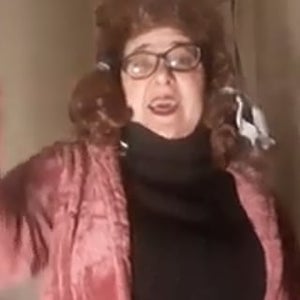 SILLYAUNTYSISSY:RADIO THEATRE
Tagged in this Audio:
More
Jump to Full Description Transcript
Playlists that the heights appears on.

There are currently no playlists containing this audio.
Add this audio track to one of your playlists
Add to Playlist
Up Next
Full Description
Back to Top
movie reviews
Transcripts
Back to Top
I saw this, I was like OMG OMG OMG this is like west side story except not gangs. That's what I thought. You know I mean it's not obviously I'm watching it but all I can see is color now. It didn't do so good on HBO max when it came out and they make a big deal about the pro The premier being the first Premier Big one. Everyone was happy and was one of the first major premieres in New York and I am okay well I didn't want to watch it. I don't know why I just thought it was too like West side story and I'm holding out for when that comes out. Um but did steven Spielberg, I mean and don't say it, he's jewish but did he ever have to say I'll do better and higher, better jewish people. No um just so sad me and he's a good actor and he like rita said she like rita said this is amazing to Tyler Perry ever have to apologize and say, I'll do better and hire more black. Blacker people and it's like people are jealous. It's not good enough to be color. It has to be a certain type of color. Really. I mean I'm gen x, I'm pumping up the volume man. I'm saying as it is and I'm like in the movie, I think it has soul and his spirit, but a lot takes away from it. It does have soul and it does have spirit. I'm not going to give anything away, watch it for yourself and check it out. But there's heart in it and that's what's good and there's heart and it's a musical, but people should not have to apologize for their work. I will never apologize for it. And I feel sorry for Miranda and Rita, both of them having to take back. She was strong.
Up Next
Popular Playlists
Best Yoga Podcasts: Listen & Learn New Poses Sour Shoe's Greatest Moments on The Howard Stern Show Listen to: Top 15 Funniest Barack Obama Quotes 9 Game Design Podcasts Every Game Designer Needs to Hear 7 Podcast Episodes About The Golden State Killer That Will Keep You Up at Night David Parker Ray & Shocking Audio of the Toy Box Killer You Need to Hear Best UFO Podcasts That Will Abduct Your Mind Controversial Joe Rogan Experience Episodes Audio Wack Packer Beetlejuice Best Moments on The Howard Stern Show Best NoSleep Podcast Episodes To Terrify You Sexy ASMR Audio to Turn You On
Popular Categories
ASMR Business & Tech Cannabis Fashion & Beauty Gaming History Home & Garden Kids & Family Spirituality Travel
Add to playlist
New playlist