All Audio ‎#GoRight with Peter Boykin

The Infrastructure Bill that Couldn't Build a Thing FINAL 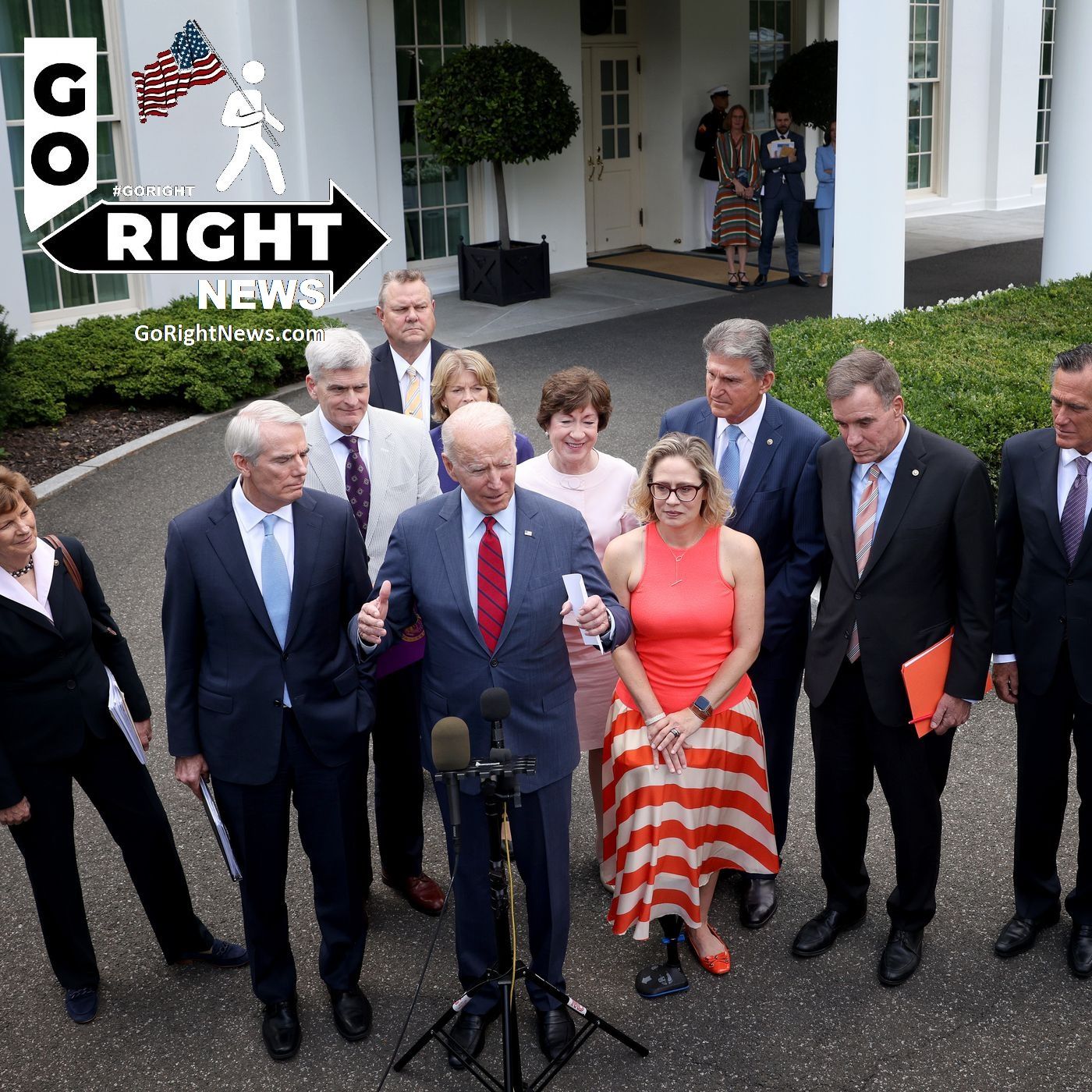 16:21
Play Audio
Add to Playlist
Share Report
The Infrastructure Bill that Couldn't Build a ThingAs the Democrats hurdle towards pushing through a $1.2 trillion dollar "infrastructure" bill, coupled with a $3.5 trillion dollar "human infrastructure" bill, after already spending $1.9 trillion on a covid relief bill earlier this year... We have t
Category: News & Politics
Publish Date: Aug 16, 2021
Tagged in this Audio:
More
politics
Jump to Full Description
Snippets are a new way to share audio!
You can clip a small part of any file to share, add to playlist, and transcribe automatically. Just click the to create your snippet!
Top Snippets - The Infrastructure Bill that Couldn't Build a Thing FINAL

There are currently no snippets from The Infrastructure Bill that Couldn't Build a Thing FINAL.
Snippets are an easy way to highlight your favorite soundbite from any piece of audio and share with friends, or make a trailer for ‎#GoRight with Peter Boykin
Create a Snippet
Found on these Playlists

There are currently no playlists containing this audio.
Add this audio track to one of your playlists
Add to Playlist
Full Description
Back to Top
The Infrastructure Bill that Couldn't Build a ThingAs the Democrats hurdle towards pushing through a $1.2 trillion dollar "infrastructure" bill, coupled with a $3.5 trillion dollar "human infrastructure" bill, after already spending $1.9 trillion on a covid relief bill earlier this year... We have to take a step back and look at the big picture.https://tv.gab.com/media/611a1381e0ee3bad542b1fd2?viewKey=321ae3f7-b742-4807-b864-afaca9e09136&r=1080pIf Democrats have their way, we're going to spend $6.6 trillion dollars this year. As a reference point, in 2020 the U.S. collected about half that amount in taxes. So where does the rest of the money come from?Our national debt currently sits at $28.6 TRILLION dollars. When numbers get so high, they become arbitrary. So let's give that some perspective: The national debt is more than $220,000 per householdIn 2020, the U.S. GDP was $20.93 trillion - 2/3 of our national debtThe following is from Stephen Moore, a former Trump economic advisor:"This is a scary time for our country. Democrats are drunk with power. They have adopted a new dingbat economic theory they call Modern Monetary Theory, which predicts that the government can borrow from now until kingdom come at ever-larger amounts and nothing bad will happen because we are the world reserve currency and foreigners are willing to lend us money at low-interest rates.Except history is replete with stories of great empires collapsing because of runaway debt and spending. The Modern Monetary Theory principles have been test-driven in more recent times by the Argentines, Venezuelans, Puerto Ricans, Bolivians, Zimbabweans and Greeks. There was no pot of gold at the end of that rainbow — just poverty, despair and bankruptcy."I don't write all of this to scare you. Instead, I want to activate you. There's a showdown coming and I want to make sure you understand what we're fighting for.Republicans plan to use the Debt Ceiling as a tool to stop the spending spree. In order for us to take on more debt (and pass their $3.5 trillion bill), the Debt Ceiling cap has to be raised. Democrats can't do that without Republicans voting for it in the Senate. So the GOP looks like they're going to hold out to kill the $3.5 trillion dollar bill.Democrats and the media are going to tell you it's an assault on our Democracy. Don't listen to them. The stakes are too high.GOP CAN KNEECAP BIDEN'S AGENDA......but instead, they're enabling him.The GOP is on the verge of handing Joe Biden a major win by passing the $1.2 trillion "bipartisan" infrastructure bill, right as his political capital is spiraling down the toilet. If they had the spine, there is a major tool they can use to their advantage: the debt ceiling. The debt ceiling is the amount of money the United States is allowed to borrow. Under the constitution, only Congress can authorize that the debt ceiling be raised. Our debt is currently over $28 trillion dollars.How the GOP can use the debt ceiling: If Democrats want to add more to the debt via the various spending bills they're proposing, Congress would need to raise the debt ceiling. They literally cannot pass more bills that add to the debt, unless the ceiling is raised. And they need 60 votes in the Senate to do that. So 10 GOP Senators would need to be on board. They should use this to their advantage.Former President Trump weighed in over the weekend saying: “Joe Biden’s infrastructure bill is a disgrace. If Mitch McConnell was smart, which we’ve seen no evidence of, he would use the debt ceiling card to negotiate a good infrastructure package.”Not just politics: It's not just about preventing a political win...
Up Next
Add to playlist
New playlist