Your changes have been saved
All Audio Going West: True Crime

The Only Place In The U.S. Where Murder Is Legal?

Start Time: 35:45 End Time: 38:07
Can you get away with murder in the "Yellowstone death zone?" Listen to this clip about the urgent Gabby Petito missing persons case by the Going West podcast.
Category: True Crime
Publish Date: Sep 17, 2021
Snipped By:
Share 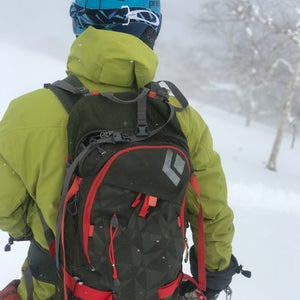 Baron Ginnetti Audio Station
Tagged in this Audio:
More
Jump to Full Description Transcript
Playlists that The Only Place In The U.S. Where Murder Is Legal? appears on.
Share 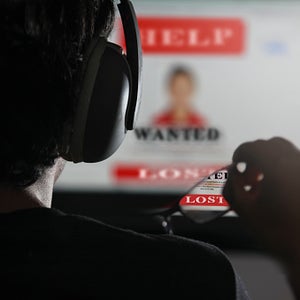 The Gabby Petito Case: Latest Updates
05:13:08 9/17/21 16 audios
Up Next
Full Description
Back to Top
Can you get away with murder in the "Yellowstone death zone?" Listen to this clip about the urgent Gabby Petito missing persons case by the Going West podcast.
Transcripts
Back to Top
Wanted to talk about it basically. There is a 50 mile strip in Idaho where people think murder is legal, it's called a zone of death and it's a part of Yellowstone. It states that if there's any crime that happens there, the jury in the trial has to be people within that tiny strip of land, but no one lives there. So the case would get thrown out. However, we also read this online to one murder is not legal, anywhere in the United States to a provision in the 6th amendment might make prosecuting felonies committed within the Idaho portion of Yellowstone National Park. More complicated. But no felonies in the zone of death have been prosecuted. So it remains unclear exactly how this would be handled. I also don't think that brian would be so clever to kill her if he even did since there's no evidence, remember in this death stone, I know they were going to Yellowstone. So it kind of seems like it's worth mentioning, but it's such a stretch to me, but I appreciate all the more conspiracy theories that are coming our way because I do think they're very interesting. Yeah, I mean I think if something happened to Gabby at the hands of brian, I don't think that he would have thought this far ahead. Like, oh there's a death zone in this portion so I can get away with murder. I think if something did happen, it was probably in the moment. I completely agree. All right now, let's talk a little bit about Gabby in the video that she posted to Youtube. So a lot of people mentioned that it looked like she had been crying. She kind of had puffy eyes. Um We don't know exactly when that portion of the video was taken. It could have been early in the morning when she just woke up. Well actually there is, she states and part of the video that they just woke up and they're just getting up and she sounds really tired too. I will admit under her eyes, they look super puffy, but we don't know if she just wakes up like that anyway or if they're puffy because she was crying the night before, which is also very possible. Yeah, she could have definitely been crying. I also know that brian and Gabby did smoke pot. So it is possible that she may have done like a wake and bake situation. I don't really know. I'm not gonna speculate too much on that. Um But we cannot say for sure whether or not she was crying. Yeah, I don't know how much they really smoked weed, but they both have post
Up Next
Popular Playlists
Best Yoga Podcasts: Listen & Learn New Poses Sour Shoe's Greatest Moments on The Howard Stern Show Listen to: Top 15 Funniest Barack Obama Quotes 9 Game Design Podcasts Every Game Designer Needs to Hear 7 Podcast Episodes About The Golden State Killer That Will Keep You Up at Night David Parker Ray & Shocking Audio of the Toy Box Killer You Need to Hear Best UFO Podcasts That Will Abduct Your Mind Controversial Joe Rogan Experience Episodes Audio Wack Packer Beetlejuice Best Moments on The Howard Stern Show Best NoSleep Podcast Episodes To Terrify You Sexy ASMR Audio to Turn You On
Popular Categories
ASMR Business & Tech Cannabis Fashion & Beauty Gaming History Home & Garden Kids & Family Spirituality Travel
Add to playlist
New playlist