Your changes have been saved
All Audio For The Culture Podcast

The reaction to Saweetie's "My Type"

From Audio: For The Culture Podcast "My Type" 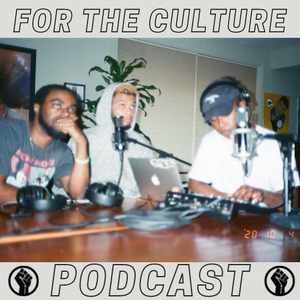 Start Time: 07:50 End Time: 21:25
The group discusses the success of Saweetie and her single, "My Type". Along with women in Hip-Hop.
Category: Music Music Commentary
Publish Date: Jun 27, 2021
Snipped By:
Share
station description The black youth’s perspective on everything in the music industry, black culture, &... read more

For The Culture Podcast
Tagged in this Audio:
More
Jump to Full Description Transcript
Playlists that The reaction to Saweetie's "My Type" appears on.