Your changes have been saved
All Audio The TryPod

From Audio: 20: My Family Was In The Jewish Mafia

Start Time: 12:08 End Time: 15:02
The Try Guys have family in the Jewish Mafia! Here they share anecdotes about how it is to be living just inches away from mafia life.
Category: Comedy
Publish Date: Jul 21, 2021
Snipped By:
Share

Kai DeJesus Audio Station
Tagged in this Audio:
More
Jump to Full Description Transcript
Playlists that The Try Guys Try Talking About Their Family In The Jewish Mafia appears on.
Share 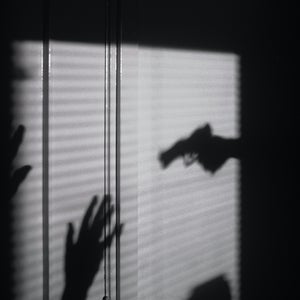 Infamous Mafia Families You Won't 'Fuggedabout'
01:36:55 7/23/21 9 audios
Up Next
Full Description
Back to Top
The Try Guys have family in the Jewish Mafia! Here they share anecdotes about how it is to be living just inches away from mafia life. Zach shows how close you can get to the truth without knowing that you're standing in it. Special guest Miles Bonsignore talks about his family in the Italian Mafia.
Transcripts
Back to Top
you know, I have actually, what is surprising because ned has the italian connection, you would think that he has the direct lineage to the mafia, but I've never shared to you guys that uh my grandmother's family was not her, but was part of the jewish mafia in philadelphia and she has some mafia, jewish mafia, it should be your God. They have some crazy fucking stories though from her growing up. I, I maybe I'll just tease one right now. But like when she was a teenager, she would go on dates, she grew up in Scranton of of the Office fame, which no, the office was set in the mob town. No, it changes the narrative, it doesn't, but it takes place in a very sad town, but they would go and drive into philadelphia and when she got there they would like clear the floor, give her the best table and she just thought like as a teenager, like wow, how everyone's so nice to me not knowing that her wasn't, her uncle was like, hey, take care of her or I, you know, so she had she had some stories of like suspicious money that didn't make sense until she got older. How long is the statue of limitation? She's all right, Right. I'm not throwing my grandmother under the bus here. Well, it was there any murders? Because those don't have a statute? No comment. My no, no, no. You're my grandma, me, but pretty, pretty crazy shit. That's, wow. That's really stuff. A lot of people have deep family secrets that they're juicy, but they can't talk about. Or some people have, I don't know. Does everyone have family secrets? My family's like full of secrets. Too many secrets. There's one that actually would threaten all of our lives that the internet is always asking about because none of, you know, because we'll never get like that in such a fun, enticing way. Yeah, it's not, it's not something that's so juicy, but it is something that I like that I just want to say I told you to, but I'll drunkenly tell people I'm close to a dinner much to my parents and we'll get to it right after that. I should probably call my mom and find out if I'm allowed to tell the mafia story. I have some so my name, last name, johnson, you're obviously Sicilian. Obviously there's lots of stories where like are nameless cousin of mine married a man and it was too large italian families getting together. The wedding was like, you know, several 100 people is enormous and on their honeymoon they went to Sicily and they, the family, the Children remain nameless had people who knew people in the mafia and they were out to dinner at this guy's house and a helicopter landed on his house and he said I have to go fuck copter and they didn't see him for like several weeks. But like you know stuff went down my family. The mountaineers actually left this late to get away from the mafia. Are you more italian than Ed? I am also the bonds and your name is very Italian, but I am 1/4 Sicilian. So I'm also Scotch, Irish and German because your last name comes from your father's not Yeah.
Up Next
Popular Playlists
Best Yoga Podcasts: Listen & Learn New Poses Sour Shoe's Greatest Moments on The Howard Stern Show Listen to: Top 15 Funniest Barack Obama Quotes 9 Game Design Podcasts Every Game Designer Needs to Hear 7 Podcast Episodes About The Golden State Killer That Will Keep You Up at Night David Parker Ray & Shocking Audio of the Toy Box Killer You Need to Hear Best UFO Podcasts That Will Abduct Your Mind Controversial Joe Rogan Experience Episodes Audio Wack Packer Beetlejuice Best Moments on The Howard Stern Show Best NoSleep Podcast Episodes To Terrify You Sexy ASMR Audio to Turn You On
Popular Categories
ASMR Business & Tech Cannabis Fashion & Beauty Gaming History Home & Garden Kids & Family Spirituality Travel
Add to playlist
New playlist