Your changes have been saved
All Audio Those Conspiracy Guys

Those Conspiracy Guys: The Amityville Horror

From Audio: The Amityville Horror

Start Time: 01:33 End Time: 10:00
For those who love true crime, cryptid tales, and conspiracy theories as much as we do, The Frightmare Theatre team has snipped a clip from one of our favorite podcasts, Those Conspiracy Guys! Check out their killer episode on The Amityville Horror and if you like what you hear, subscribe to their
Category: Fiction Drama
Publish Date: Oct 06, 2021
Snipped By:
Share
station description Time to turn down lights and turn up the TERROR with THE FRIGHTMARE THEATRE PODCAST... read more

The Frightmare Theatre Podcast
Tagged in this Audio:
More
Jump to Full Description Transcript
Playlists that Those Conspiracy Guys: The Amityville Horror appears on.
Share 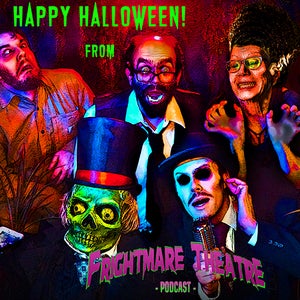