Your changes have been saved
All Audio ‎Unchained

Three Lawyers Explain the Legal Side of NFT's

From Audio: What Exactly Do You Get When You Buy an NFT? Three Lawyers Discuss - Ep.224

Share
station description Your No-Hype Resource for All Things Crypto

Start Time: 01:26 End Time: 06:45
Three lawyers discuss the legal benefits of buying NFT's and why it's important to have a means of proving ownership of an underlying asset.
Category: Business & Tech
Publish Date: Apr 22, 2021
Snipped By:
Share 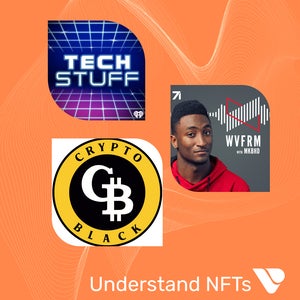