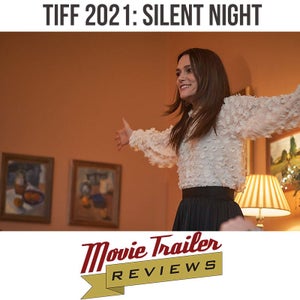 Share
station description Love watching Movies and TV Shows? We do too. Check out all of our Movie Reviews an... read more

Since we’ve all lived through a deadly pandemic, there have been jokes made about how certain storylines and plot devices in movies just won’t work any more because we’ve seen the reality of how people behave. We’ve seen how people react to science, the calls from the government to stay home or get
Category: Reviews Movie Reviews
Publish Date: Oct 04, 2021
Tagged in this Audio:
More
Jump to Full Description
Snippets are a new way to share audio!
You can clip a small part of any file to share, add to playlist, and transcribe automatically. Just click the to create your snippet!
Snippets: Clips of TIFF 2021: Silent Night that people like

There are currently no playlists containing this audio.
Add this audio track to one of your playlists
Add to Playlist
Up Next
Full Description
Back to Top
Since we’ve all lived through a deadly pandemic, there have been jokes made about how certain storylines and plot devices in movies just won’t work any more because we’ve seen the reality of how people behave. We’ve seen how people react to science, the calls from the government to stay home or get vaccinated. Unfortunately what we saw was people react in ways that prior to 2020 would be called too ridiculous and dumb if they saw play out in a movie. So how does that relate to the movie Silent Night? Well, the problem is that one of the major plot points now seems completely unrelateable now after what we’ve all witnessed (and continue to witness) the last 18 months.
Silent Night has the feel of the 2015 film, The Invitation. A group of friends get together for the holidays, gathering at the home of Nell (Keira Knightley) & Simon (Matthew Goode) to celebrate what might be their last time together. As the film goes on you get bits and pieces of the larger issue that is happening outside of this group that they’re desperately trying to pretend isn’t happening for just one night.
While Silent Night isn’t bad, there are two big problems with it. First is the aforementioned issue of the reality of the last 18 months. Without spoiling the film, there are certain things that happen that just seem unrealistic. It’s not really the fault of the film but more of timing. One of the most important aspects of the story is the UK government issuing certain claims and people just buying into it. Having seen how the UK & US had plenty of doubts around very real issues with COVID, it kinda takes you out of the film. It might just be that we’re still dealing with anti-vaxxers and anti-maskers and so seeing a film where people just go along with the government with little pushback just seems a bit unbelievable. But the bigger issue is that the film doesn’t use its great cast well. In a film like this, the thing that should be most interesting would be the tension in the social group. And while there is some there, it mostly feels like wasted opportunities. There is talk about classism a bit but they never address it really with the group. Which there are plenty of opportunities to do that but don’t.
In the end Silent Night isn’t a bad film, just a forgettable one.

Follow more of our Toronto Film Festival 2021 Reviews and Coverage on our Press Page Page: https://press.mtrnetwork.net
Follow us on Social Media: