Trevor Loudon, Author, The Enemies Within

Share
station description In the legacy of Dr. Stan Monteith bringing you the Story behind the Story, the New... read more 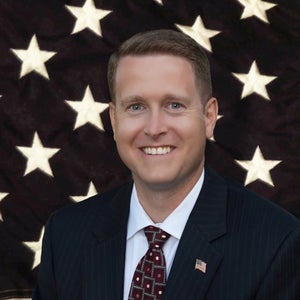 Trevor Loudon is an author, filmmaker and public speaker from Christchurch, New Zealand. For more than 30 years, he has researched radical left, Marxist and terrorist movements and their covert influence on mainstream politics.

Trevor Loudon believes that these forces must be exposed
Category: News & Politics
Publish Date: Jun 25, 2021
Jump to Full Description
Snippets are a new way to share audio!
You can clip a small part of any file to share, add to playlist, and transcribe automatically. Just click the to create your snippet!
Snippets: Clips of Trevor Loudon, Author, The Enemies Within that people like

There are currently no playlists containing this audio.
Add this audio track to one of your playlists
Add to Playlist
Up Next
Full Description
Back to Top
June 24, 2021

Trevor Loudon is an author, filmmaker and public speaker from Christchurch, New Zealand. For more than 30 years, he has researched radical left, Marxist and terrorist movements and their covert influence on mainstream politics.

Trevor Loudon believes that these forces must be exposed and countered, as America’s continued role as a bastion of freedom is pivotal for the future of western civilization.

Some of Trevor Loudon’s accomplishments:

Trevor is currently working on his new film with Director Judd Saul: “Enemies Within: The Church.”

Trevor’s hard-hitting political documentary, the Enemies Within, was released in 2016.

In Collaboration with the Capital Research Center, Trevor Loudon and Director Judd Saul  created a series of mini-documentaries free to the public:
America Under Siege: Civil War 2017

After extensively researching Obama’s ties to the New York and Chicago Marxist movements, Loudon began publishing his findings online, catching the eye of such prominent voices as Accuracy in Media and syndicated radio host Glenn Beck.

In 2009 Loudon exposed the communist roots of Obama “Green Jobs Czar” Van Jones. After an extensive campaign by Glenn Beck and others, Jones was forced to resign from his White House position.

Loudon has addressed more than 400 conservative, tea party, religious and Republican groups in more than 37 states.

Loudon has interviewed many people from both sides of the struggle over the years to former Western intelligence offices, to government undercover operatives inside the communist movement, to former KGB officers.


Trevor proudly serves as a fellow at both the American Freedom Alliance and the Inter-American Institute for Philosophy, Government, and Social Thought.

Like our page at Facebook/PatriotRadioUS and listen in each Tuesday and Thursday at 4:00 PST with a replay at 9:00 PST on any of these great stations!