Your changes have been saved
All Audio ‎HEAVY Music Interviews 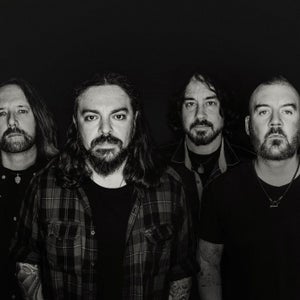 Two Decades Of Rock With SEETHER

Seether have been a mainstay on the rock/hard rock scene for just over two decades.In that time they have received phenomenal critical and chart success, and to celebrate 20 years of the band they have compiled Vicennial – 2 Decades of Seether, which is out on October 15 via Craft Recording.More tha
Category: Music
Publish Date: Oct 13, 2021
Tagged in this Audio:
More
Jump to Full Description
Snippets are a new way to share audio!
You can clip a small part of any file to share, add to playlist, and transcribe automatically. Just click the to create your snippet!
Snippets: Clips of Two Decades Of Rock With SEETHER that people like

There are currently no playlists containing this audio.
Add this audio track to one of your playlists
Add to Playlist
Up Next
Full Description
Back to Top
Seether have been a mainstay on the rock/hard rock scene for just over two decades.In that time they have received phenomenal critical and chart success, and to celebrate 20 years of the band they have compiled Vicennial – 2 Decades of Seether, which is out on October 15 via Craft Recording.More than just a greatest hits package, 16 of the songs have reached number one on the Billboards charts, while the other four all attained Top 5 status, making the album a slice of history as much as a celebration of achievement and longevity.Bass player Dale Stewart joined HEAVY to chat about the album and the bands career.We started by asking if he gets as nervous or excited about releasing a veritable Best Of album than when putting out an entirely new body of work."No, I don't think so” he measured. “I guess the jury is out already on those songs that have been released before, like we know people like this one because it did well on radio (laughs). So it’s not as nerve racking. When you release a new album, you never know how it will work or what people are gonna think because it is all new and each album is a little different. We're changing the whole time. You change as people, and you change as a musician as well. Your influences change. Your general mindset changes. You get older. So, the music changes as you change mentally and you don’t know if people are gonna like that. So far, we've been lucky with our journey but there is always that in the back of your mind when you release a new album of shit, what if they don’t like it? What if it bombs? What if people hate it? I think it’s good to put yourself under a bit of pressure because it keeps you vigilant and keeps you trying. I felt like if you didn’t have that you'd become complacent and maybe the art would suffer."In the full interview Dale runs through the song selection, including their cover of a Wham song, the album artwork which was chosen from fan submissions, the band’s longevity and how they have sustained it, their relationship with fans, his personal favourite Seether songs, their upcoming live stream event and how you can help shape the setlist plus more.
Up Next
Popular Playlists
Best Yoga Podcasts: Listen & Learn New Poses Sour Shoe's Greatest Moments on The Howard Stern Show Listen to: Top 15 Funniest Barack Obama Quotes 9 Game Design Podcasts Every Game Designer Needs to Hear 7 Podcast Episodes About The Golden State Killer That Will Keep You Up at Night David Parker Ray & Shocking Audio of the Toy Box Killer You Need to Hear Best UFO Podcasts That Will Abduct Your Mind Controversial Joe Rogan Experience Episodes Audio Wack Packer Beetlejuice Best Moments on The Howard Stern Show Best NoSleep Podcast Episodes To Terrify You Sexy ASMR Audio to Turn You On
Popular Categories
ASMR Business & Tech Cannabis Fashion & Beauty Gaming History Home & Garden Kids & Family Spirituality Travel
Add to playlist
New playlist