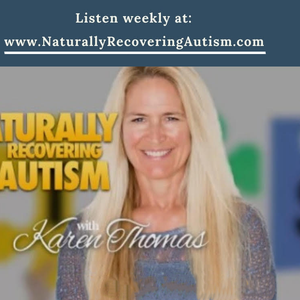 48:13
Play Audio
Add to Playlist
Share Report
Note: This audio file is not hosted by Vurbl because it has not been claimed. To report playback issues with this file, please contact the RSS host here.
Vaxxed II: The People’s Truth, is the follow-up to the award-winning documentary, ‘Vaxxed: From Cover-Up To Catastrophe.

When the first movie, ‘Vaxxed‘,  was released in 2016, it brought the awareness to the public of the lies being told about the safety of vaccinations. Vaxxed was premiered in the
Category: Health Conditions Autism
Publish Date: Mar 09, 2020
Tagged in this Audio:
More
Jump to Full Description
Snippets are a new way to share audio!
You can clip a small part of any file to share, add to playlist, and transcribe automatically. Just click the to create your snippet!
Top Snippets - Vaxxed II The People’s Truth About Vaccines with Director Brian Burrowes and Producer Toby Tommey

There are currently no snippets from Vaxxed II The People’s Truth About Vaccines with Director Brian Burrowes and Producer Toby Tommey.
Snippets are an easy way to highlight your favorite soundbite from any piece of audio and share with friends, or make a trailer for Naturally Recovering Autism with Karen Thomas
Create a Snippet
Found on these Playlists

There are currently no playlists containing this audio.
Add this audio track to one of your playlists
Add to Playlist
Full Description
Back to Top
Vaxxed II: The People’s Truth, is the follow-up to the award-winning documentary, ‘Vaxxed: From Cover-Up To Catastrophe.

When the first movie, ‘Vaxxed‘,  was released in 2016, it brought the awareness to the public of the lies being told about the safety of vaccinations. Vaxxed was premiered in theaters around the United States. Those who were in, and involved with the movie’s production, set out across America in a large bus to tour with the movie and offer a question and answer panel once it ended.

What the production team did not expect was the overwhelming response by families who had traveled great distances to come meet them and to share their personal testimonials on film of what had happened to their children after vaccinations. Vaxxed II is the compilation of these powerful interviews offering further public knowledge and awareness of the truth, and frequency, behind the dangers of vaccinations.

Vaxxed II: The People’s Truth, is scheduled to be released in the fall of 2019. For more information on the Vaxxed II film, go to www.Vaxxed2.com.

To become informed we must continue to educate ourselves. Many times this education must be done on our own, as we’re not sure where studies come from or who has a vested financial interest in the results of that study. For this reason I have created a full page and listed multiple studies on the toxins found in vaccinations. This includes their health dangers, and some alternative choices, such as information on exemptions.


What many physicians are not taught in school is that the number of people who died from the measles between 1900 and 1960 dropped by 97.7%. The death toll in the U.S. went from 133 per million to 0.3 per million by 1960. However, before vaccines for diphtheria and pertussis were ever introduced, they too declined by over 90%.

The greatest factors in better health have come from better nutrition, higher quality transportation of fresh fruits and vegetables, adequate refrigeration, and proper sanitation, such as trash removal and the installation of sewage systems. It is not due to vaccines. The World Health Organization (WHO) states, “The best vaccine against common infectious diseases is an adequate diet,” even though they continue to promote vaccinations.

Only four vaccines were routinely given 54 years ago; they were for diphtheria, tetanus, pertussis, and smallpox. At that time, autism was unknown. When first discovered in 1943, less than 1 in 10,000 children were affected by these developmental disorders. Today, more children are being diagnosed with autism, according to new data from the Centers for Disease Control and Prevention (CDC). Their new numbers now show that autism affects one in 59 children, an increase from previously reported one in 68 children.

Vaccine Exemption Resource
A good resource that offers a list of anti-vaccine friendly doctors along with advice to parents on vaccine safety is, Physicians For Informed Consent.

Click Here for more details.
Up Next
Add to playlist
New playlist