Your changes have been saved
All Audio English Grammar Review!

What are Cardinal Numbers? English with Billgreen54 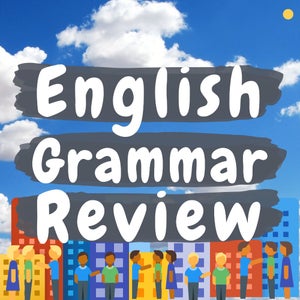 A Cardinal number is a number like 1,2,3 that tells the quantity of something or someone. When we use Cardinal numbers in other ways, we refer to those with the term "nominal number."
Category: Educational Language Learning
Publish Date: Apr 14, 2021
Tagged in this Audio:
More
Jump to Full Description
Snippets are a new way to share audio!
You can clip a small part of any file to share, add to playlist, and transcribe automatically. Just click the to create your snippet!
Snippets: Clips of What are Cardinal Numbers? English with Billgreen54 that people like

Eight Parts of Speech 1 The basics to everyday English communication!
01:45:41 5/6/21 25 audios
Up Next
Full Description
Back to Top
We use Cardinal numbers to communicate a value of a noun, like how many.

Nominal numbers are used to give a name or identify something with one or more numbers.

For this exercise, I'm going to be discussing both cardinal numbers and nominal numbers.

So what is a cardinal number? Examples could be one chair, two tables, three spoons four people.

Nominal numbers are used for everything we want to identify but not used to count.

Nominal numbers are used to identify.

I have examples to share with you. But first, I'm going to help you with pronunciation.

Here are the numbers up to the number 30. Listen carefully.

Now I need to tell you that, sometimes in American English, those numbers from 20 on up, sound a little differently than you heard me pronounce with the "t" sound.

Listen again, I'm going to do it just a little bit faster with just the numbers from 20 to 30.

You'll notice you didn't hear so much of the "t."

One of something is simple.

Most plural nouns just require an "s" at the end of the word for more than one of something.