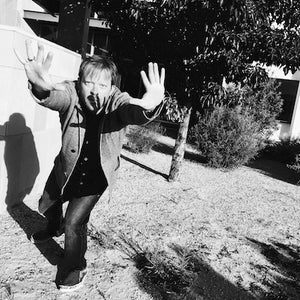 When Delusions Are Real: The Schizophrenic Experience by Jonathan Harnisch

The point of this series is to start a conversation about how those of us diagnosed with psychotic disorders get people to believe our truths. After all, once you’ve been diagnosed as being psychotic, your credibility is never the same, even when you’re speaking the truth. I have a podcast on iTunes
Category: Cannabis
Publish Date: Oct 25, 2015
Tagged in this Audio:
More
Jump to Full Description
Snippets are a new way to share audio!
You can clip a small part of any file to share, add to playlist, and transcribe automatically. Just click the to create your snippet!
Snippets: Clips of When Delusions Are Real: The Schizophrenic Experience by Jonathan Harnisch that people like

There are currently no playlists containing this audio.
Add this audio track to one of your playlists
Add to Playlist
Up Next
Full Description
Back to Top
The point of this series is to start a conversation about how those of us diagnosed with psychotic disorders get people to believe our truths. After all, once you’ve been diagnosed as being psychotic, your credibility is never the same, even when you’re speaking the truth. I have a podcast on iTunes in which I reveal a lot about myself, and lately I’ve noticed how much these podcasts have been teaching me about myself and what I’ve lost. This illness has taken a great deal from me, including my ability to gain recognition for my accomplishments. So, what I’d like to do here is recognize some of these accomplishments, knowing that had my life been different, they could have been acknowledged in a more public arena. Knowing, too, that, because I have schizoaffective disorder that is characterized by delusional thinking, hallucinations, and mood fluctuations, even when I speak the truth, I am often dismissed and not believed, with my truths described as mere delusions. I want to acknowledge my accomplishments not only for myself but also for all you out there. Those of you who may or may not already be diagnosed with schizophrenia, bipolar disorder, or any other serious mental condition, whose truths, like mine, are so frequently dismissed as delusions. It upsets me even to write this, to realize that those around me can—and do—categorize what I say as delusional, and I wonder if that also happens to you. I’d like to begin by briefly mentioning that I was diagnosed with Tourette’s at the age of 12, although, according to my mother, I had shown symptoms since I was two. I sometimes wonder whether I was even then showing signs of the psychosis that has plagued me for my entire adult life. I was 18 when I had my first psychotic episode. It was Christmas Day, 1994. I was living in New York City and was admitted to Beth Israel, where I was given a number of tests—medical and psychological. My toxicology report came up 100% clean, a clear indication that my psychosis was not drug-induced. My intake report by the ER doctor shows that I had a “loosening of association” and “pressured speech,” both of which can indicate schizophrenia, schizoaffective disorder, or bipolar disorder with psychotic features. No wonder it took so long for me to get the right diagnosis; so many of the symptoms overlap. However, I want to bring this back to delusion and truth, and how people so frequently label your truths as delusional as soon as you’ve been diagnosed with a psychotic disorder. I will also discuss my condition’s genesis and prognosis—and then move onto those accomplishments for which I’ve never been truly recognized. I often wonder if other people, like me, have trouble being believed. As I may have mentioned already, serious mental illness, such as schizoaffective disorder, is believed to be caused first by a genetic predisposition to develop mental illness and second by environmental factors. In my family, I have a grandfather who seems to have been diagnosed with schizophrenia, according to old medical records that I recently found. In addition, I have two second cousins, both of whom have been publicly diagnosed with mental illness. So, I would definitely seem to be genetically predisposed to becoming mentally ill. However, having this predisposition isn’t enough. You also need certain environmental factors. What I’ve read in some of the literature is that mental illness can be compared to diabetes. A person may be genetically predisposed to develop diabetes, but if that person gets enough exercise and watches their sugar intake, then the diabetes may never take hold—it’s the same with mental illness. In my case, I had the predisposition, but I also underwent enough traumas (sexual, physical, and emotional abuse) and upheavals (such as my parents’ divorce when I was young) for the illness to take hold. Boy, did it take hold. Sometimes, though, people like my sister, who has a genetic predisposition plus environmental factors (my sister comes from the same family and has had the same kind of upheavals), do not become mentally ill. Nobody knows why. Maybe, as my wife says, it’s just the luck of the draw. She’s kidding. At least about the luck part, because having mental illness isn’t lucky, although we do have to keep laughing about it. Keep positive. You’re never alone if you can laugh with someone about it. As I’ve mentioned, I have schizoaffective disorder. Originally, though, I was diagnosed with depression. That was back in 1994, when I was 18. Over the next 10 years or so, I saw doctor after doctor, moving here and there, trying to find my place in the world. I made seven suicide attempts and had years of alcohol and drug abuse issues. My last suicide attempt was in 2001, and I was freed from my drug and alcohol addictions in early 2003. More than 11 years ago. As I was getting off the drugs, I saw a doctor who diagnosed me with schizoaffective disorder, which basically means schizophrenia with a mood disorder thrown
Up Next
Popular Playlists
Best Yoga Podcasts: Listen & Learn New Poses Sour Shoe's Greatest Moments on The Howard Stern Show Listen to: Top 15 Funniest Barack Obama Quotes 9 Game Design Podcasts Every Game Designer Needs to Hear 7 Podcast Episodes About The Golden State Killer That Will Keep You Up at Night David Parker Ray & Shocking Audio of the Toy Box Killer You Need to Hear Best UFO Podcasts That Will Abduct Your Mind Controversial Joe Rogan Experience Episodes Audio Wack Packer Beetlejuice Best Moments on The Howard Stern Show Best NoSleep Podcast Episodes To Terrify You Sexy ASMR Audio to Turn You On
Popular Categories
ASMR Business & Tech Cannabis Fashion & Beauty Gaming History Home & Garden Kids & Family Spirituality Travel
Add to playlist
New playlist