Your changes have been saved
All Audio She Makes Waves

Jim Carrey Describes The Importance Of Self Care

Share
station description She Makes Waves is a podcast designed for hairstylists & creative women - who are m... read more

Start Time: 18:14 End Time: 23:09
Jim Carrey has played a lot of iconic characters, but he has found that the most important person to play is yourself.
Category: Society & Culture Arts
Publish Date: Aug 24, 2021
Snipped By:
Share 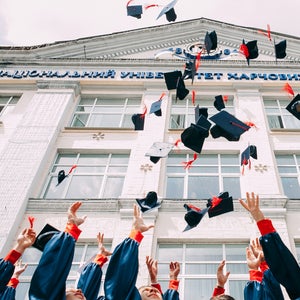 Iconic Speeches By Jim Carrey, Elon Musk, Obama, & More
48:44 8/24/21 9 audios
Up Next
Full Description
Back to Top
From Ace Ventura to the Grinch, Jim Carrey has played a lot of iconic characters. However, he has found that the most important person to play is yourself. The audience might always be there, but you don't constantly have to please them.
Transcripts
Back to Top
the top of the mountain. And I was the only, the only one I hadn't freed was myself. And that's when my search for identity deepened. I wondered who I'd be without my fame. Who would I be if I said things that people didn't want to hear or if I defied their expectations of me. What if I showed up to the party without my Mardi Gras bat mask and refused to flash my breasts for a handful of bees? I'll give you a moment to wipe that image out of your mind. Mhm. But you guys are so ahead of the game, You already know who you are. And that piece, that piece that we're after lies somewhere beyond personality, beyond the perception of others, beyond invention and disguise even beyond effort itself. You can join the game, fight the wars, play with form all you want. But to find real peace, you have to let the arm or go. Your need for acceptance can make you invisible in this world. Mhm. Don't let anything stand in the way of the light that shines through this form. Risk being seen in all of your glory. It's not big enough. This painting is big for a reason. It's called high visibility. It's about picking up the light and daring to be seen. Here's the tricky part. Everyone is attracted to the light. The party host up at the top who thinks unconsciousness is bliss and is always offering to drink from the bottles that empty you misery below her despises the light can't stand when you're doing well, wishes you nothing but the worst. The queen of diamonds under him needs a king to build her house of cards and the hollow one down bottom there will cling to your leg and say, please don't leave me behind. For I have abandoned myself. Yeah, even those who are closest to you and most in love with you, the people you love most in the world will find clarity confronting at times. This painting took me thousands of hours to complete when I was finished, thank you 1000 hours. I'll never get them back. I'll never get them back. I was, I worked on this for so long. I was weeks and weeks like a madman alone on the scaffolding and when I was finished, one of my friends said this would be a cool black leg painting. So I started over Welcome to burning man some pretty crazy characters up there, but better up there than in here now, painting is one of the ways Thank you. Painting is one of the ways I free myself from concern, a way to stop the world through a total mental spiritual and physical involvement. But even with that comes a feeling of divine dissatisfaction because ultimately we're not the avatars we create, we're not the pictures on the film stock. We are, the light that shines through all else is just smoke and mirrors distracting but not truly compelling. I've often said that I wish people could realize all their dreams in wealth and fame and so that they could see that it's not where you're going to find your sense of completion. Like many of you, I was concerned about going out into the world and doing something bigger than myself until someone smarter than myself made me realize that there is nothing bigger than myself.
Up Next
Popular Playlists
Best Yoga Podcasts: Listen & Learn New Poses Sour Shoe's Greatest Moments on The Howard Stern Show Listen to: Top 15 Funniest Barack Obama Quotes 9 Game Design Podcasts Every Game Designer Needs to Hear 7 Podcast Episodes About The Golden State Killer That Will Keep You Up at Night David Parker Ray & Shocking Audio of the Toy Box Killer You Need to Hear Best UFO Podcasts That Will Abduct Your Mind Controversial Joe Rogan Experience Episodes Audio Wack Packer Beetlejuice Best Moments on The Howard Stern Show Best NoSleep Podcast Episodes To Terrify You Sexy ASMR Audio to Turn You On
Popular Categories
ASMR Business & Tech Cannabis Fashion & Beauty Gaming History Home & Garden Kids & Family Spirituality Travel
Add to playlist
New playlist