Why we throw books at walls

The Swords and Sports Podcast
Tagged in this Audio:
More
Jump to Full Description Transcript
Playlists that Why we throw books at walls appears on.
Share 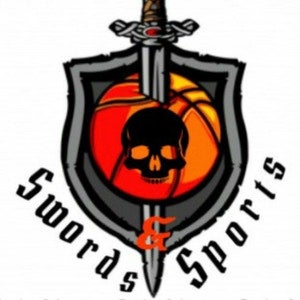 Swords and Sports clips
02:29 2/11/21 2 audios
Up Next
Full Description
Back to Top
From Episode 58 - Throwing books at Walls, interview w/ #SPFBO finalist Suzannah Rowntree
Transcripts
Back to Top
you tweeted also about being excited about a shadow and bone? Siri's. But you were excited because you through one of the books out of wall What? Why? Why did I throw it all? Oh my goodness, things is going to be extremely revealing. But there was a point in one of the books to the spinoff Siri's where someone did something that kind of hit all my triggers And, um, like it didn't it didn't bother most of the people who read the book, obviously, but it did bother me that someone someone tortured and killed someone after telling them that that they would, that they would be safe. And so I was like, No, you can't do that. I mean, at least you can do that like I'm all for people being terrible in books, right? But at least let there be some consequences. And I felt like they weren't consequences, and I was like, It's a terrible thing to do Anyway, that's such a visceral reaction. So just take the book and throw it out of wall Didn't It's a figure of speech. It's a figure of speech. I was actually reading it on my radio and Yeah, that was the point of which I was like, No, I didn't I didn't I just didn't actually finished reading the book. But after that, I was like, No, I just com anymore. With this Siri's. You had been a physical book. I probably would have thrown it against the wall.
Up Next
Popular Playlists
Best Yoga Podcasts: Listen & Learn New Poses Sour Shoe's Greatest Moments on The Howard Stern Show Listen to: Top 15 Funniest Barack Obama Quotes 9 Game Design Podcasts Every Game Designer Needs to Hear 7 Podcast Episodes About The Golden State Killer That Will Keep You Up at Night David Parker Ray & Shocking Audio of the Toy Box Killer You Need to Hear Best UFO Podcasts That Will Abduct Your Mind Controversial Joe Rogan Experience Episodes Audio Wack Packer Beetlejuice Best Moments on The Howard Stern Show Best NoSleep Podcast Episodes To Terrify You Sexy ASMR Audio to Turn You On
Popular Categories
ASMR Business & Tech Cannabis Fashion & Beauty Gaming History Home & Garden Kids & Family Spirituality Travel
Add to playlist
New playlist