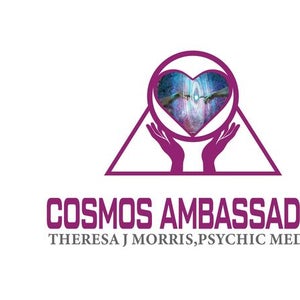 First time for everything, Wicca, also termed Pagan Witchcraft, is a modern Pagan religion. Scholars of religion categorise it as both a new religious movement and as part of the occultist stream of Western esotericism.a form of modern paganism, especially a tradition founded in England in the mid 2
Category: Science
Publish Date: Aug 04, 2021
Tagged in this Audio:
More
Jump to Full Description
Snippets are a new way to share audio!
You can clip a small part of any file to share, add to playlist, and transcribe automatically. Just click the to create your snippet!
Snippets: Clips of Woke Will Work Wise Wicca that people like

There are currently no playlists containing this audio.
Add this audio track to one of your playlists
Add to Playlist
Up Next
Full Description
Back to Top
First time for everything, Wicca, also termed Pagan Witchcraft, is a modern Pagan religion. Scholars of religion categorise it as both a new religious movement and as part of the occultist stream of Western esotericism.a form of modern paganism, especially a tradition founded in England in the mid 20th century and claiming its origins in pre-Christian religions.In 1986, Wicca was recognized as an official religion in the United States through the court case Dettmer v. Landon.In the case, incarcerated Wiccan Herbert Daniel Dettmer was refused ritual objects used for worship. The Fourth Circuit Court of Appeals ruled that Wicca was entitled to First Amendment protection like any other religion.In 1998, a Wiccan student in Texas enlisted the aid of the ACLU after the school board tried to prevent her from wearing Wiccan jewelry and black clothes. The board reversed its view.In 2004, the Indiana Civil Liberties Union fought to reverse a judge’s decision that divorcing Wiccans were not allowed to teach their faith to their sons.In 2005, U.S. Army Sgt. Patrick D. Stewart became the first Wiccan serving in the U.S. military to die in combat. His family was refused a Wiccan pentacle on his gravestone. As a result of a court case initiated by the Americans United for the Separation of Church and State, Wiccan symbols are now accepted by the Veterans Administration.The number of practicing Wiccans in the United States has proven difficult to estimate, with sources reporting anywhere from 300,000 to three million practitioners."a guild for those interested in paganism, Wicca, and folklore" CyberspaceCulture.com.
Up Next
Popular Playlists
Best Yoga Podcasts: Listen & Learn New Poses Sour Shoe's Greatest Moments on The Howard Stern Show Listen to: Top 15 Funniest Barack Obama Quotes 9 Game Design Podcasts Every Game Designer Needs to Hear 7 Podcast Episodes About The Golden State Killer That Will Keep You Up at Night David Parker Ray & Shocking Audio of the Toy Box Killer You Need to Hear Best UFO Podcasts That Will Abduct Your Mind Controversial Joe Rogan Experience Episodes Audio Wack Packer Beetlejuice Best Moments on The Howard Stern Show 12 Best Episodes of the NoSleep Podcast to Keep You Up at Night Sexy ASMR Audio to Turn You On
Popular Categories
ASMR Business & Tech Cannabis Fashion & Beauty Gaming History Home & Garden Kids & Family Spirituality Travel
Add to playlist
New playlist