Your changes have been saved
All Audio Wolf 359 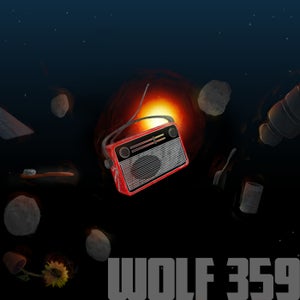 Share
station description A bi-monthly radio show about the advantages of floating, tiny and alone, in the mi... read more 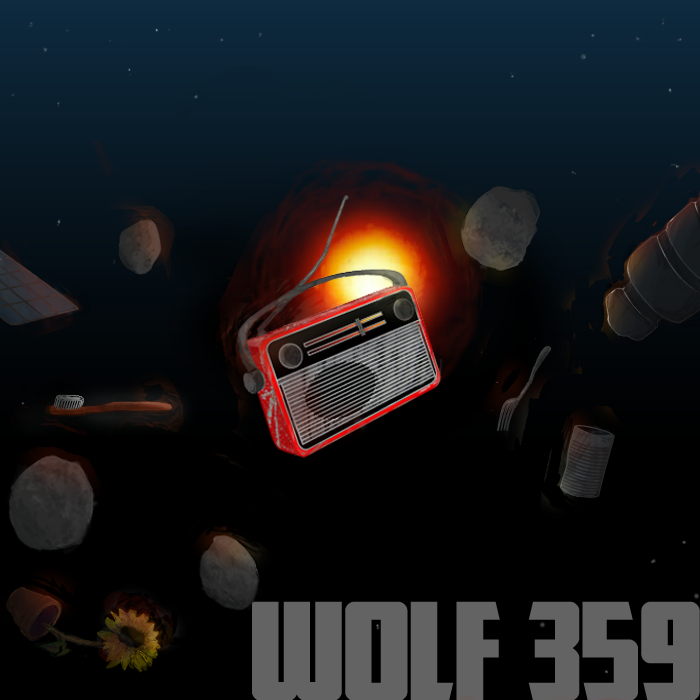 Hello Dear Listeners! It’s Doug Eiffel.. also known Executive Producer and actor Zach Valenti here with a brief announcement. Wolf 359 has been finished for… oh man, almost four years now. When Gabriel and I first set out to make the show in early 2014, we were fresh out of film school and excited t
Category: Fiction
Publish Date: Oct 05, 2021
Tagged in this Audio:
More
Jump to Full Description
Snippets are a new way to share audio!
You can clip a small part of any file to share, add to playlist, and transcribe automatically. Just click the to create your snippet!
Snippets: Clips of Wolf 359 Feed Update: The Great Advertising Experiment Begins October 6th, 2021 that people like

There are currently no playlists containing this audio.
Add this audio track to one of your playlists
Add to Playlist
Up Next
Full Description
Back to Top
Hello Dear Listeners! It’s Doug Eiffel.. also known Executive Producer and actor Zach Valenti here with a brief announcement. Wolf 359 has been finished for… oh man, almost four years now. When Gabriel and I first set out to make the show in early 2014, we were fresh out of film school and excited to tell big, ambitious stories… but without the means to do so in film or TV. But having grown up on a steady diet of radio plays and full-cast audiobooks, and seeing the success of modern audio fiction podcasts, we decided to try our hands at making movies for your ears.Several years and credit cards later, we were shocked by the groundswell of support of you, our amazing listeners. By the time we published the finale, the monthly Patreon funds completely reimbursed all our debt and allowed us to make more of the show than we ever dreamed of while paying everyone involved in the series a modest sum for their hard work.All the while, we’ve kept Wolf 359 completely ad free. While it took a long, long time for ads to even be an option, we felt it was important to keep the listening experience as uninterrupted as possible while we were actively publishing.Four years later, though, we see an opportunity to turn the modest sum we’ve been able to pay the people that made this series into a meaningful sum. We’ve never stopped looking for ways for all the talented humans responsible for Wolf 359 to share in its success. And with the series being downloaded more than ever, we feel that now is the time to run the great advertising experiment.And so, beginning on Wednesday, October 6th, you’ll start to hear a minute or two of advertisements before the start and after the end of most episodes of Wolf 359. Some episodes may even contain mid-roll where we find an appropriate space for an ad break.We want to let you know this change is coming, and that the version of the feed you have now, much like the Hephaestus itself, is about to go through an overhaul. We also want you to know that we’re running this experiment for one reason only: to get money into the hands of the amazing artists who worked on this show, both for their contributions to the series, and so they can all go make more amazing art in podcasting and beyond.If that’s exciting to you, we’ll be running a listener survey sometime in the next month and would really love your participation. It should only take about 5 minutes and will go a long way towards making this experiment a success. If you want to be notified when the survey is ready, just enter your email at www.wolf359.fm/survey and we'll drop you a line when it's hot off the press.And if you would like to help us do that and listen to the show without hearing any ads, well, the good news is: you can! Or… you will be able to real soon. We’re working with Patreon to bring back our old creator page, where for just $1 a month, you will have access to an ad-free feed of Wolf 359. Keep an eye on this feed, as well as our Twitter page @Wolf359Radio for news on that front.Alright! That’s all for now. As ever, thank you so much for listening.https://www.wolf359.fm/news/2021/10/5/the-great-advertising-experiment See acast.com/privacy for privacy and opt-out information.
Up Next
Popular Playlists
Best Yoga Podcasts: Listen & Learn New Poses Sour Shoe's Greatest Moments on The Howard Stern Show Listen to: Top 15 Funniest Barack Obama Quotes 9 Game Design Podcasts Every Game Designer Needs to Hear 7 Podcast Episodes About The Golden State Killer That Will Keep You Up at Night David Parker Ray & Shocking Audio of the Toy Box Killer You Need to Hear Best UFO Podcasts That Will Abduct Your Mind Controversial Joe Rogan Experience Episodes Audio Wack Packer Beetlejuice Best Moments on The Howard Stern Show Best NoSleep Podcast Episodes To Terrify You Sexy ASMR Audio to Turn You On
Popular Categories
ASMR Business & Tech Cannabis Fashion & Beauty Gaming History Home & Garden Kids & Family Spirituality Travel
Add to playlist
New playlist