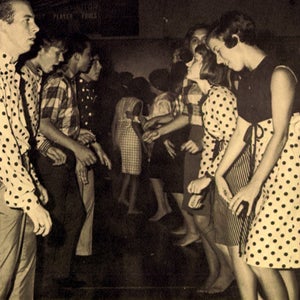 03:29
Play Audio
Add to Playlist
Share Report
No question – 1966 was a pivotal year. But then, so was 1965 – so was 1964 and don’t forget 1963. The 60s had more than their fair share of memorable years with a lot going on in each of them. In 1966 things were starting to change. Music was becoming a bit more involved – sure, the two-minute Pop M
Category: Radio
Publish Date: Mar 20, 2021
Snipped By:
Share
station description Past Daily: News, History, Music And An Enormous Sound Archive.

Past Daily: Amazing Historical Concerts & News
Tagged in this Audio:
More
Jump to Full Description Transcript
Found on these Playlists
Full Description
Back to Top
No question – 1966 was a pivotal year. But then, so was 1965 – so was 1964 and don’t forget 1963. The 60s had more than their fair share of memorable years with a lot going on in each of them. In 1966 things were starting to change. Music was becoming a bit more involved – sure, the two-minute Pop Masterpiece was still ruling the airwaves – but there were pockets; stations that were beginning to play album cuts, not relying solely on the 45 for their musical source. FM was creeping on to the scene as a source for Rock. Up till that time it was strictly Jazz, Classical and Folk. By the end of this 35 minute snapshot from November 1966, there is a tiny portion of the tape devoted to a show from KCRW – the Santa Monica College radio station. The show was called “Eclectic” and featured albums, along with popular singles at the time – in this case; Rolling Stones tracks via imports. And in true short-attention-span-teenage fashion, the tape runs out before the DJ can identify himself – and also in true short-attention-span-teenage fashion and because you only had a half-hours worth of tape, you stopped and started on songs, usually in the middle because you only had five minutes left. That would prove to be frustrating for people decades later trying to listen to a particular song that has gone on to become iconic in subsequent decades or completely forgotten about. But at the time . . . .

And if you were anywhere between 14 and 16 you were recording things off the radio if you were lucky, or resourceful enough to get hold of a tape recorder. One of those huge, cumbersome things your parents got at Sears for the express purpose of recording your Grandmother singing, or your grandfather telling dirty jokes. When you were able to borrow it, or sneak it out of the hall closet, you would set it up in front of the nearest radio, sometimes with a microphone scotch-taped squarely in front of the loudspeaker – other times the wonder world of technology or a semester or two in Electronic Shop supplied you with a way to record off the radio without hearing yourself or your friends yelling in the background. Whatever the circumstances were, the end result could prove to be very frustrating. But years later, you’d blow the dust off one of those faded and falling-apart tape boxes, put it on your tape machine and instantly remember everything that happened the day you hit the record button; hums, fading bits, deteriorating tape and all.

And you’re still baffled as to why Polka Dots were such an important fashion statement at the time.
Transcripts
Back to Top
stores tomorrow to Bangor. 12 noon Torrents to Lakewood at four, West Covina at six at Hollywood at 8 p.m. Jackie de Shannon Person. Don't Miss. She's Awful, Pretty Lucky Believer, Mucky, mucky, love True and and for someone else. But not for me, A love her. I saw her face. I've been loved. I'm a believer. I couldn't leave if I try. Did you know seven out of 10 of the world's racing cars use an oil additive or treatment? Did you know eight out of 10 of these cars use STP oil treatment? Did you know millions and millions of motorists in passenger cars like yours also use STP oil treaty trip you took last year? Whatever winter means to you, you'll find that making the most of it is easy. When you're a member of the Automobile Club of Southern California, the auto club's Recreation Planning Service can tell you the best and most convenient places to go for winter sports and family fun. How to get there and when to go
Up Next
Add to playlist
New playlist