You’re No Longer A Teenager – You Live In L.A. – It’s April 1979 – This Is The Modern World And KROQ Explains It All To You – Past Daily Pop

From Audio: You’re No Longer A Teenager – You Live In L.A. – It’s April 1979 – This Is The Modern World And KROQ Explains It All To You – Past Daily Pop 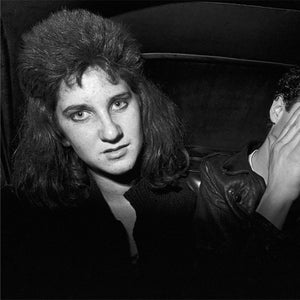 06:24
Play Audio
Add to Playlist
Share Report
Between 1969 and 1979 life in L.A. changed. A lot. The Earth moved, radio changed, music changed, Teenagers; not so much. If you were a teenager in 1969, you were well into being an adult by 1979, and this new world wasn’t what you grew up with. Aside from Altamont, Nixon, Hendrix, Joplin and Morris
Category: Society & Culture
Publish Date: May 01, 2021
Snipped By:
Share
station description Past Daily: News, History, Music And An Enormous Sound Archive.

Past Daily: Amazing Historical Concerts & News
Tagged in this Audio:
More
Jump to Full Description Transcript
Found on these Playlists
Full Description
Back to Top
Between 1969 and 1979 life in L.A. changed. A lot. The Earth moved, radio changed, music changed, Teenagers; not so much. If you were a teenager in 1969, you were well into being an adult by 1979, and this new world wasn’t what you grew up with. Aside from Altamont, Nixon, Hendrix, Joplin and Morrison, P.O.P. was gone – what was left of it burned to the ground, along with The Cheetah. The Hullaballoo had gone through a few incarnations as other things but no longer as the go-to place on the weekends. The Palladium was still happening across the street, although the Police were showing up a little more frequently than before, and the smell of teargas was now becoming familiar. L.A. was slowly becoming aware of Punks, but it wasn’t full-on embraced like it was in other cities. L.A. still had sun and surf and surf culture, and Punk seemed out of place for the most part. But that didn’t stop a variation of it springing all up and down the coast. Being young and out of place was a rite of passage – we were in the 1960s, why wouldn’t we still be in the 1970s? L.A. had their own bands – we had X and Fear and The Germs and The Go-Gos. And instead of The Trip, there was Club 88 on Pico. Instead of The Infinite Mind on Fairfax there was Al’s Bar on Alameda in downtown. Downtown was now happening. Hollywood was still there, the Whiskey was still going and so was The Troubadour and The Starwood. But new clubs and places to hang out were springing up. Canter’s was still around, but The Atomic Cafe downtown or Oki-Dog or later on, the short-lived Gorky’s were taking over, at least for a while. The 50’s revival earlier in the decade was now morphing into a Rockabilly revival and styles of hair and dress were all over the place. L.A. was becoming different – a lot of us hated it – some of us liked it – but everybody was stuck with it – because it was Los Angeles, and where else could you go?

And radio sounded different. KLOS had gone from an automated station in 1970 to KMET‘s competition. Free-Form was a thing of the past – now there were playlists and no going off into strange musical territory – it was all pretty much down-to-earth-mainstream Rock. Same with KMET. The radio stations that were new and revolutionary in the 1960s had settled in and became less personal and more predictable as the 70s rolled along. KPPC had been gone for a while, resurfacing as KROQ in it’s first incarnation early in the decade as an FM-Top 40 station with many DJ’s relocating from KHJ. It didn’t last very long before the station went broke and mostly off the air, until a transformation took place. With no money, most of the big-name disc-jockeys had jumped ship, leaving a rag-tag bunch to take over. With no big names, no money and virtually no place to go, the station did what it had done in the beginning – go free-form; bring in your own records, try and make something happen, try and be different.

And by the end of the 70s, KROQ was the go-to station to find out what was going on. Although that was about to change too, and KROQ would fall into line with the rest for the most part – there was still a glimmer of the upstart. And this one-hour slice from April 2, 1979 gives you some idea of what the station was up to at the time, and just how wide the swath of Rock had become. It also includes an in-studio appearance of The Tubes’ Fee Waybill, talking with Mike Raphone. Ironically, by the end of the year, both the disc-jockeys who were on this tape were gone and the music choice was smoothed out considerably. Yes, Corporate Rock was everywhere.

But this was L.A. and this was 1979 and this was the modern world.
Transcripts
Back to Top
Just a moment. Make believe it's 1958. People see us everywhere. Mhm. They think you really care but myself. I can't to see. I know it's only make a number one song and 58 makes its return to Tower Records 21 years later. You want Only what you're hearing is actually a brand new recording. It's robert Gordon? And Tower has his latest LP super discounted to just 4 44 rockabilly boogie Rock Rock Tower Records invites you to flash back to the sound of the fifties with rockabilly boogie. A new R. C. A release from robert. Gordon. LPR tape 4 44. Remember Towers always open till midnight. Welcome fool. You have come of your own free will to the appointed place everywhere I go on this island. It seems to me I found it generously indecency in public places and there is corruption of the young. And now I see it all stems from here. The Wicker Man, a unique film of ancient beliefs and pagan rituals. We believe the soul returns to trees to air, to fire. The Wicker Man will lead you to a climax of mesmerizing power. All of you just wait, you are about to commit murder. Perhaps it's just as well that you won't be here tomorrow to be offended by the sight of our May day celebrations. Think what you're doing things come, it is time to keep your appointment with the Wicker Man rated R. I think what you're doing, it's now playing at the Los feliz theater in Hollywood and the Westland in West L. A. Trophy. That's right. Full frontal nudity in The Wicker Man by someone that you want to see. Someone like you with an ex girlfriend of a big time rock star. That's right. Not me either. Oh, should I read this here? Sure. Let's give stuff away then. Okay, we're giving away more stuff. K. R. O. Q. Welcomes R. E. O. Speedwagon and I know one of those guys are real nice guys. Really cool welcomes. R. E. O. Speedwagon to southern California the first weekend in april and you can win their latest album, an official California World music festival t shirt poster and special K. R. O. Q. Bumper state. Now that give me a call at 5781 oh 67 All from the unofficial California World Music festival station FM one oh 67 K. R. O. Q. Very good. And we have we have a call here. Yeah, you're on the air. Yeah. Wimpy, wobbly, wobbly, wobbly winter thing for famous mickey's let's see. Mickey mouse, mickey mantle, mickey, Rooney and mickey mickey way. Hello? No no mickey way. You remember mickey way? Right, mickey is a. Oh darn thanks. Hello. Who is this? This is feed you who? This is roto rooter. We're looking for Mac Mac. This is Mark's mortuary. You stab them? We slab them. We'll take another call this the studios. Right. Okay. Yeah, we're gonna put you on hold. Hello. Name four famous fees, Famous doctor's fees. That was a tough one. Now. God, hey, have any more tickets for tomorrow night? There are a lot more available. Not a lot, but there are, they just called us from the hall and said that they were still good seats available, uh, for tomorrow night. Jam on down the shows. All right. Sounds good. Thanks a lot man. Bye bye Bye bye. Somebody's going to ask for the, for that R. E. O. Speedwagon thing anytime. Yeah. Hey, R E. O Speedwagon. There you are. Here I am. You're a winner. Hey, I could have told you that. Okay. We're going to put him on hold and get better do that. Yeah, Okay, don't hang up the phone. Okay, well, do I get to talk to Fi? This is Fi well, okay. I'm giving away tickets for some other groups. You believe this? Why would you do that? They told me they handed me a card. They said, here, read this. I would trade 10 R. E. O. Speedwagon tickets for one tube tickets, wow, that's big of you man. I wish I had one to give you or I would just because of that wonderful complement. Well, it's true. You know, gee there's no doubt where the talent lies. Well, I've been lying all day long. I don't have a ticket, man. I tell you I'd love to give you a ticket. But if you say the secret word, maybe you can get backstage. You remember what the secret word is. Right I do about uh don't say that's it. Secret. It's a secret. Don't say it again because we'll have too many people. What about the breathy chick if she ever turned out to be anything? Or the breathy chick? Well actually it's a long story you see and actually she turned out to be okay and I did remember her after I have to go through my phone book a few times but I did remember her after all. She turned out to be Cathy's clown. Really? K. R. O. Q. Okay. Mhm. Mhm. You do you know my name? Do you think mm we are.
Up Next
Add to playlist
New playlist