Your changes have been saved
All Audio OfflineTV Podcast

The Most Embarrassing Thing Sykkuno Has Done To Impress A Girl

Start Time: 26:26 End Time: 30:28
Twitch streamer Sykkuno is finally finding his confidence, but when it comes to approaching a girl he likes, he still finds it hard to express himself. Listen in to find out why.
Category: Entertainment
Publish Date: Aug 05, 2021
Snipped By:
Share
station description Get amped for Vurbl gaming to be your go-to for everything interactive electronic a... read more 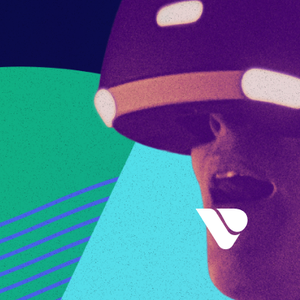 Vurbl Games: eSports, Tactics, Gamers Galore
Tagged in this Audio:
More
Jump to Full Description Transcript
Playlists that The Most Embarrassing Thing Sykkuno Has Done To Impress A Girl appears on.
Share 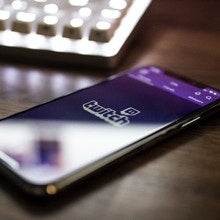 Twitch Chats: The Top Streamers on Podcasts
01:08:38 8/3/21 9 audios
Up Next
Full Description
Back to Top
Twitch streamer Sykkuno is finally finding his confidence, but when it comes to approaching a girl he likes, he still finds it hard to express himself. Listen in to hear the rest of the offlinetv cast quiz Sykkuno about ho he approaches girls, and why he feels it's better if he just doesn't try.
Transcripts
Back to Top
your next you know I'm next uh uh you know I'm sure you have done some embarrassing things. Have I look I've like I don't really I haven't really tried to like you know impress, you know it's ever just uh you know I just have uh problems with confidence you could say so I don't really try because I figured it won't work anyway. You've never done anything and if you're too embarrassed it's okay we can cut it out. Oh no like I actually I don't think I've done anything in particular to try and impress a girl, get their attention. You buy something for a girl, you ever buy a gift for a girl to get their attention gift. Uh not to get their attention but like if I already know them or something maybe. Um and I thought okay you're interested in a girl, How do you get hurt? How do you how do you make it happen? How do you get attention? What do you do? Nothing. I just I just slowly try to realize this is never gonna work. And then even though I think about it, sometimes I'll keep telling myself it's not gonna work place a week of legends and get flamed. Why? Why? Why would you tell yourself? Of course? What about now? What about now 10-K and Z Saikou? No, Now webcam and east like, you know, now remember when you didn't have a webcam, I know you have confidence. Now you post selfies a little bit hosted, a one or two, you know, I think you'll be able to tell if I'm confident when my instagram has more pictures with me in it than my dog. I think that's, that's gonna be the real measure. Uh, yeah, but right now I'm still not much. I just like, I feel like I'm just too afraid to, uh, I don't even know what I'm, I just don't think it will work. You know, I'm like like if I think something is probably not going to work, I usually don't like, you know, would you say invite a girl you're interested in to play games with us for let's say we have nine people invalid rent and you see this girl you are interested in online, would you ever invite her to be 1/10 player? Um if we needed a 10th player, I would invite anyone who I didn't think was toxic. Hi. Um I don't think we're getting anywhere because otherwise otherwise we would all leave. We do that domino effect. Someone's gonna be like, well I guess we don't have 10 people and then they'll leave and I'll be like, well I guess if this person is leaving, I guess I'll just I'll just go to that everyone leaves and we can't play together anymore. So um I I would probably pick someone who's just friendly, so if they weren't mean um you wouldn't pick you wouldn't prioritize the girl that you're interested in. Oh oh that's what you um I mean I guess if we had plenty of options, well if we had many people to invite, we wouldn't be in a situation where we Only had nine people, right? But someone had to leave and now there's an empty spot and you can invite someone and you can prioritize to go you're interested in, will you? Fuck. Um Maybe may probably um Maybe. Yeah. Yeah. You would. You would yeah. Yeah. Really playing? We got 0.5/2 an answer. It okay. I'm assuming if I like her, I like playing games with her, right? Because that's important. Um So then yeah, I would invite her for games all the time. Uh But like I mean I I invite like you have you guys, I invite all of you for games all the time too. I like I think toast is one of my favorite people to play games with. So you're into guys and women. What? No, I thought.
Up Next
Popular Playlists
Best Yoga Podcasts: Listen & Learn New Poses Sour Shoe's Greatest Moments on The Howard Stern Show Listen to: Top 15 Funniest Barack Obama Quotes 9 Game Design Podcasts Every Game Designer Needs to Hear 7 Podcast Episodes About The Golden State Killer That Will Keep You Up at Night David Parker Ray & Shocking Audio of the Toy Box Killer You Need to Hear Best UFO Podcasts That Will Abduct Your Mind Controversial Joe Rogan Experience Episodes Audio Wack Packer Beetlejuice Best Moments on The Howard Stern Show Best NoSleep Podcast Episodes To Terrify You Sexy ASMR Audio to Turn You On
Popular Categories
ASMR Business & Tech Cannabis Fashion & Beauty Gaming History Home & Garden Kids & Family Spirituality Travel
Add to playlist
New playlist