Subscribe to receive notifications when this station is updated
1 Subscriber
Share
Elements of mystery have always been represented in literature, but the detective story didn't arrive on the scene until the mid 1800's. Edgar Allan Poe's The Murders in the Rue Morgue, published in 1841, was the first. The Murder's main character, C. Auguste Dupin, was a brilliant detective who relied on superior deductive powers to solve the crime. He and his unnamed narrator companion solved this and two other mysteries.

Later in the 19th century Sir Arthur Conan Doyle expanded on Po… Continue Reading >>
Elements of mystery have always been represented in literature, but the detective story didn't arrive on the scene until the mid 1800's. Edgar Allan Poe's The Murders in the Rue Morgue, published in 1841, was the first. The Murder's main character, C. Auguste Dupin, was a brilliant detective who relied on superior deductive powers to solve the crime. He and his unnamed narrator companion solved this and two other mysteries.

Later in the 19th century Sir Arthur Conan Doyle expanded on Poe's new concept in his Sherlock Holmes stories. Many think that Doyle patterned Holmes and Watson after Dupin and his friend. The Sherlock Holmes stories were wildly popular in England, and after Conan Doyle, the British continued to dominate the detective genre with other detectives who depended on keen observation and deductive logic to solve crimes. These detectives most commonly applied their brilliance to crimes in quaint country houses outside small idyllic villages.

Then, in the 1930's and 1940's American writers added a grittier urban element to the detective genre -- the hardboiled detective. As opposed to the typical British detective, the hardboiled detective was generally a cynical loner with a strong sense of justice that wasn't necessarily limited to that provided by the court system. Instead of country houses, these detectives were more likely to be found in shady all-night bars or on the mean streets of Los Angeles, Chicago, or New York City.

Dashiell Hammett introduced the new genre, and Sam Spade, in 1930 in his novel The Maltese Falcon. A few years later Raymond Chandler came along and perfected the type, with his detective, Philip Marlowe. Chandler introduced Marlowe in his first novel, The Big Sleep, and Philip Marlowe continued to solve crimes in six subsequent Chandler novels. Chandler had previously published a number of short stories featuring other detectives; however, Marlowe proved so popular that when the stories were later republished the author often switched the detectives to Philip Marlowe.

Chandler's style was unique. His sparse style was full of wonderfully sharp similies and rich descriptive narration. Here's an example from The Little Sister:


"I put the duster away folded with the dust in it, leaned back and just sat, not smoking, not even thinking. I was a blank man. I had no face, no meaning, no personality, hardly a name. I didn't want to eat. I didn't even want a drink. I was the page from yesterday's calendar crumpled at the bottom of the waste basket."


And another from The High Window:


"Then he picked the glass up and tasted it and sighed again and shook his head sideways with a half smile; the way a man does when you give him a drink and he needs it very badly and it is just right and the first swallow is like a peek into a cleaner, sunnier, brighter world."


Marlowe was a more complex character than some of his hard boiled brethren. Sure he could handle a gun and take a beating. But, he was more than just a tough guy, he had gone to college, could play chess, and appreciated classical music. He also had his own strong ethical standards and turned down jobs that didn't measure up to those standards.

By the late 1940's Marlowe had moved to the big screen, with Marlowe played by Dick Powell, Robert Mitchum, and Humphrey Bogart. One of those movies, Murder My Sweet, was responsible for Marlowe's first appearance on radio when it was presented on Lux Radio Theatre on June 11, 1945 starring Dick Powell and Clair Trevor.

In April, 1947 the New York Times announced that the summer replacement for Bob Hope would be a new adventure-mystery series, The Adventures of Philip Marlowe. Airing on NBC at 10:00 p.m. on June 17th, the show starred Van Heflin with a script by Milton Geiger based on the stories of Raymond Chandler. Most radio shows had live audiences in the studio. The Philip Marlowe producers decided against the common practice because they thought audiences might detract from the show. However 19 of Los Angeles' top detectives were in the studio during the airing of the first show.

No one knows what the detectives thought of the production, but according to the New York Times review, Van Heflin did well but struggled with an awkward script. The reviewer thought the show depended too much on straight narration at dramatic moments instead of action or dialog. "Leaving ones play in the wings, as they say on Broadway, always makes for disconcerting theatre, and this was painfully true in the case of The Adventures of Philip Marlowe." 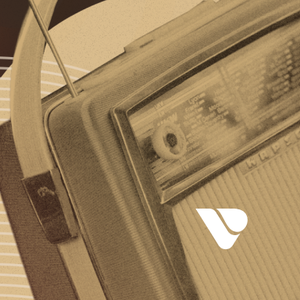 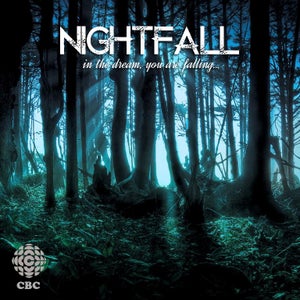